Avaya has commended the approach to public-private partnerships being taken by the UAE’s Telecommunications Regulatory Authority (TRA), following the confirmation that the cloud-based Avaya Spaces collaboration app has been approved for use in the country. 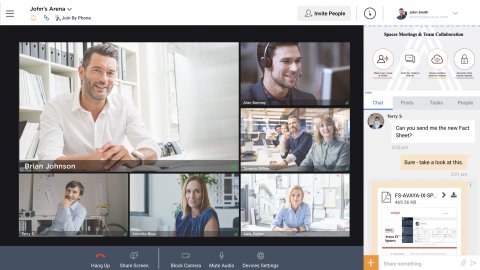 “We commend the leadership of the UAE and the Telecommunications Regulatory Authority for enabling the country’s citizens and residents to address the challenges we all currently face with apps such as Avaya Spaces. We applaud their approach to public-private partnerships, and will continue working with the relevant authorities to support them wherever we can,” said Nidal Abou-Ltaif, President, Avaya International.

Earlier this month, Avaya announced that it will provide its Avaya Spaces collaboration software for free to education institutions, including colleges and universities, along with qualified non-profit organisations worldwide. Avaya Spaces is recognised for its ease of implementation and the significant impact it can have on organisational resilience and continuity. Since January, Avaya has seen a 700 percent increase in video collaboration traffic on this platform.