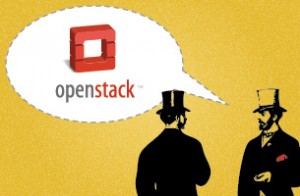 A scathing report about OpenStack from research firm Gartner warns businesses to beware of considerable hype and says misconceptions about the open source cloud computing project are leading to “dangerous myths” that are impacting IT adoption and investments.

OpenStack is a nascent technology driven by a group of self-serving vendors who are pushing their own agendas over the usability of the cloud management platform, argues Lydia Leong, the author of the report and a research VP at Gartner who focuses on cloud computing.

As OpenStack hype continues to build, she says vendors are associating themselves with the project for marketing reasons, but are reticent about contributing significant resources to the broader goals of the project. Fragmentation created by the amalgamation of various interests undermines the interoperability among OpenStack-powered clouds and the ability of third-party support groups to manage OpenStack distributions.

OpenStack backers, in response, disagree. They specifically point to the project’s momentum in recent weeks, including its launch of the OpenStack Foundation, the release of the latest OpenStack code, named Folsom, and organisers gearing up for the project’s semi-annual OpenStack Summit this month to plan future development of OpenStack. Jonathan Bryce, executive director of the OpenStack Foundation, says the report “touches on a lot of different points,” and said many of the criticisms could apply broadly to other cloud computing projects. “We’re early on in this technology shift,” he says.

Below are some of the assertions that Leong makes and the responses by OpenStack officials.

Leong: “Hype around open-source CMPs (cloud management platforms) is causing some customers to make unfounded assumptions that may lead to poor sourcing decisions when they are choosing a CMP to build a private cloud, or when buying cloud IaaS from a service provider. Some people have been led to believe that because OpenStack is open source, it is an open and widely-adopted standard, with broad interoperability and freedom from commercial interests. In reality, OpenStack is dominated by commercial interests, as it is a business strategy for the vendors involved, not the effort of a community of altruistic individual contributors.”

OpenStack: OpenStack officials say “hype” is in the eye of the beholder. “We prefer to think of it as excitement,” says OpenStack Foundation COO Mark Collier, who’s also held the title of Rackspace VP of business and corporate development. Standards, he says, is a “loaded word,” and a project like OpenStack could only achieve such as a status through adoption, which he says is one of the OpenStack Foundation’s primary focuses. The recently formed Foundation will serve as a uniting body that will bring the various interests within the project together for the good of OpenStack, he adds.

Leong: “OpenStack has drawn a large vendor community, which makes source code contributions, but many exclusively contribute vendor-specific code, such as drivers for their own hardware and resist the creation of interoperability inducing common frameworks that would facilitate switching between vendors. Vendor interests also heavily affect the determination of what features to add and how to implement them, since every vendor wants each feature to work best with its own products.”

OpenStack: Bryce says contributions from a growing cadre of member organisations make the project stronger. The alternative would be to have an open source project backed by a single company or a small number of companies controlling it, which Bryce says would not be ideal. Companies are using the OpenStack code to create products and services, so they have an interest in encouraging the source code to be strong, he argues. “We want something that will be around for the long term that will have long-term support, not a product from a single company,” he says. Plus, new additions to the OpenStack code that are contributed by member companies are optional for OpenStack to install. The newest Folsom release, for example, adds block storage and virtual networking features, but the code still works without implementing those.

Leong: “Since the vendors involved want to drive business through the OpenStack ecosystem, there is considerable incentive for proprietary lock-in. There is no significant difference in lock-in for customers adopting OpenStack than for those customers adopting proprietary CMPs. In fact, as OpenStack is not a widely-adopted standard, the number of solution providers is highly limited (whether in hardware, software, or services), restricting overall customer choice far more than adopting VMware’s vCloud. Nor are there multiple implementations of an OpenStack CMP. On a practical level, the AWS API has the broadest ecosystem, including multiple CMPs (both open source and proprietary) offering compatible implementations.”

OpenStack: While there may be many companies using OpenStack and creating their own products and services based on the code, Bryce says each company has a lowest common denominator of using the same base-level code, which will inherently allow for interoperability compared to if vendors had each created their own cloud management platform. The OpenStack Foundation hopes to control fragmentation by creating rules to ensure that products and services that use the OpenStack brand name include specific components to encourage interoperability. One of the recent goals of the code development within OpenStack has been around improving ease of use, and Collier says he expects a healthy debate about how much focus there should be on management and upgradeability within the code at the upcoming OpenStack foundation.

Leong: “The overall project difficulties are causing many vendors to re-evaluate their OpenStack-related strategies. Vendors, as well as OpenStack customers, often say very different things in public about OpenStack than they do in private. The dissonance between public and private statements stems from customers’ desire to associate themselves with a project hyped as the future of the cloud. However, their reservations about the project’s ability to produce a stable product within a commercially meaningful time frame run very deep and consequently, many vendors are unwilling to fully commit significant engineering resources to the project at present.”

OpenStack: Folsom had a 65% increase in contributions, with a record 330 developers writing 185 new or updated features in the code, Collier says. “Numbers tell the story,” he adds. “We have more developers than ever.” Rackspace, which some have viewed as steering the project in the past, dropped from contributing about half of the code changes in previous versions to being responsible for 30% of contributions in the newest release. “There are more features, more bug fixes and less of them from Rackspace,” Bryce says, noting the additional share of contributions represents more vendors involving themselves in the project.

Leong: “OpenStack may eventually become a solid open-source core at the heart of a large and successful ecosystem of commercial offerings,” Leong says, noting some of the positive benefits she sees around the project. It has quickly become one of the four most important cloud computing infrastructure ecosystems along with Amazon Web Services, VMware and Microsoft, she says. The code is architected for true cloud-scale deployments and she expects it will “evolve into a successful solution for those looking for a basic, low-cost CMP.” Vendors will leverage it to build products and services, albeit while adding proprietary extensions and capabilities on top of the code. The launch of the OpenStack Foundation, she says, “may potentially resolve some of the interoperability and fragmentation issues, as well as (provide) overall stronger project governance and management and will be crucial for moving OpenStack beyond a niche, early-adopter solution, to something that is suitable for mainstream enterprise adoption.”

OpenStack: Collier and Bryce say they’re proud of the project’s development. With the Foundation launched, the latest code release out, more vendors and users joining the project and the summit happening this month, the “timing is perfect” for the project right now, Collier says. “We couldn’t be happier.”