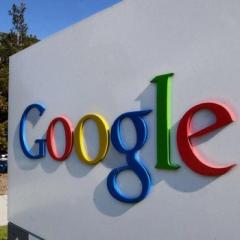 Will an online store selling Android tablets help Google compete against the market-leading iPad and the less-expensive Kindle Fire?

A few analysts are divided on the value of the move, which was reported by the Wall Street Journal, saying an online store wouldn’t help Google cut significantly into the 65% tablet market share that Apple’s iPad holds.

But what if Google’s online strategy isn’t to go after the 9.7-in. iPad, with a starting price of $499 for the newest version? What if the intended target is lower-priced tablets, like the next-generation 7-in. Kindle Fire, which is expected to sell for $200 to $300?

DigiTimes reported this week that Google will work with Asustek to launch a cheaper 7-in. tablet in May or June. A Google tablet sold in an online store would likely run the next version of Android , called Jelly Bean, a PC World columnist said. Google is also in the final stages of acquiring Motorola Mobility, once China approves as expected , which would make it easier to co-brand a Google tablet for sale in an online store, some analysts have said.

Amazon sold 4 million Kindle Fire tablets at $199 each in December alone, making it the No. 2 tablet on the market behind the iPad, according to analysts. (Amazon typically doesn’t disclose unit sales figures. ) By contrast, iPad sold more than 13 million units in the fourth quarter of 2011.

Google wouldn’t comment on the DigiTimes or Wall Street Journal reports on its online tablet sales or its partnership with with Asus.

Analysts are convinced, however, that Google will make a strategic move, such as online store, to sell its own co-branded tablet, probably in the price range of $200 to $300, lower than the iPad.

Two analysts had opposing views as to whether Google would ultimately succeed in its online approach.

Rob Enderle, an analyst at Enderle Group, said an online store won’t do much for Google without physical stores and improvements to Android tablets. “An online store alone won’t cut it for Google,” he said in an interview.

Google might need physical stores like Apple’s to succeed with Android tablet sales, Enderle said. It also needs a history of online sales success like Amazon’s in selling books and merchandise before Amazon rolled out the Kindle Fire.

“Amazon did well with the Kindle Fire because Amazon already had massive online store traffic. If you have zero online traffic like Google, how are you going to do what Amazon’s done?” Enderle said.

As for competing with the iPhone , Google has no online stores or service mechanism like Apple does, Enderle said. “On ever single vector other than variety of tablets, the iPad is beating Android. The iPad has a better user interface, is more elegant, and has better support. Apple’s brick-and-mortar stores give Apple a huge advantage. So an online property at Google won’t in any significant way help the battle Google has with Apple’s tablets,” Enderle noted.

Jack Gold, an analyst at J. Gold Associates, had nearly the opposite view.

“Even if Google gains a smallish share of iPad [with the online store], they still get what they need,” Gold said. Google’s online tablet store would be a good strategic move in several ways, he added.

One way is that Google would be able to offer a co-branded device that would serve as a reference design in a market with many versions of Android tablets, Gold said. “The market is all over the place on OS versions of Android and device hardware, so an online store with a Google-branded tablet could give Google a chance to establish a reference [design] that other vendors would have to move toward to reduce fragmentation,” Gold said.

In a similar fashion, Google would get more users on the latest version of the OS, he added.

Finally, Gold said an online store would help Google get “major numbers of tablets sold to compete head-on with iPads … this [online store] could stimulate market interest and get more devices sold from all the Android vendors.”

Gold concluded: “Think of Google in the tablet market with its own device as a way to stimulate the market and consolidate the wide diversity/fragmentation.”