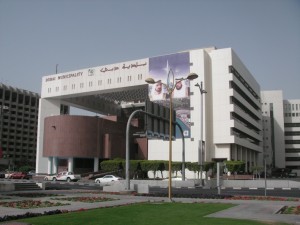 Dubai Municipality is renowned as one of the government’s most innovative entities, particularly in its work transforming standard city services into e-services through its Web portal. However, when it deemed its previously heterogeneous environment as too complex and costly, it set out to consolidate its infrastructure.

Given its wide array of public services, the government entity naturally generates large amounts of data, whether it’s related to projects or materials or the population of Dubai.

One of the biggest contributors to this information growth in recent years is e-services. The Dubai Municipality IT team, which is close to 180 employees strong, runs 350 e-services covering over 130 remote sites.

To support all the e-services and data, Dubai Municipality requires a strong infrastructure. Its IT infrastructure team is subsequently made up of close to 50 employees.

However, a few years back the entity had a completely heterogeneous environment for storage and data. Khalid Abdulrahman Al Awadhi, Head of IT Infrastructure, Dubai Municipality, explains.

“We had different solutions from different storage vendors,” he says. “So almost all of the flavours of the market used to be there.”
When it came to operating this infrastructure, it was complex and costly, he adds.

“You have to maintain multiple contracts and different experiences and skillsets with your staff. Also, in terms of managing the data and flow of the data in terms of archiving and back up, these things used to be quite complex.”

Consequently, Awadhi and his team decided to consolidate the infrastructure.

In the beginning, a midrange storage system was thought to be the right fit for their requirements, but when they recognised the continued growth of data and the criticality to keep it all together, they conceded that a bigger and more enterprise level system was required.

“So from the idea of not keeping all the eggs in one basket and just making sure we were keeping a reliable and secure infrastructure, we went through a different evaluation,” Awadhi says.

Following the organisation’s standard process of evaluating different solutions and vendors based on both technical and financial metrics, it opted for EMC’s Symmetrix VMAX Storage System.

“We shortlisted EMC as a good company to provide technical requirements with more advantages than others and financially they also provided a good offer where we were able to easily prove return on investment and TCO to the higher management to make this decision,” Awadhi says.

The implementation also enabled Dubai Municipality to become the first government entity in the UAE to deploy an RPO = 0 solution which can also handle data corruption and human error with the same SLA.

Following an on-time six month implementation, the solution went live in June 2012. “One of the things that we appreciate with EMC is that they are very good at planning. When it comes to data migration planning is the most important thing and this was distinguished with EMC,” Awadhi adds.

It turned out to be the reason for the project in the first place that provided the most roadblocks in the ease of the deployment – namely, the heterogeneous environment.

“Basically, the things that we are concerned were that we couldn’t have an easy migration and the compatibility between the existing systems and the new storage system,” Awadhi says.

“Overall we had 580 servers and not all of them were connected to the storage but whatever needed to be connected had to go to this. We are talking about different levels of platforms, operating systems and technologies – old and new. So this was our main concern and I think EMC addressed it very well.

“There are now only some minor issues left but they are easily addressed between my team and the excellent support we have from EMC. They are also proactively monitoring our infrastructure and analysing in case of any operational problems.”
EMC was also at hand to provide the relevant training for knowledge transfer.

“In Dubai Municipality our team had experience with almost all the big names like HP, NetApp, Hitachi, but no one in our team had worked with EMC technology,” Awadhi says.

EMC provided the organisation with a strategy for the planning and also its ‘EMC Passport’ tool where the customer has credit it can assign to its team and can have access to unlimited numbers of training for a period of time.

“So our team had the luxury to attend all the required training to manage this infrastructure and all of our people were also certified so that they can use this technology confidently,” Awadhi adds.

Since implementation, the solution has provided a wealth of benefits for Dubai Municipality and its IT team.
As well as increasing capacity by 60%, it has also increased utilisation of resource with thin provisioning increasing space utilisation by 30%.

Furthermore, after its previous storage did not support new technologies, Dubai Municipality now has supportability with newer technology like VMware, Windows 2008 and Solaris.

However, the biggest difference has been the reduction in costs with the total investment with five year support less than the upgrade and maintenance costs of the previous storage.

“We have contracted with EMC in this project for five years so we are able to basically transform all of our OPEX costs which we used to pay before to CAPEX in a new solution which provides more capacity, more integrity for the data and higher availability,” Awadhi says.

“We also have an enterprise system hosted in our main data centre and an exact replica in our disaster recovery data centre where the data is being replicated two-way over there.”

With its infrastructure now simplified and cost-effective, Dubai Municipality is looking forward to another major project in 2013 – becoming the first government in the region to implement a tier III data centre.

“There are service providers with this level of data centre but we will be the first government entity in the whole Middle East region to have one,” Awadhi says. “So our main focus next year will be on this and also the data migration because we have existing data centres where all the systems need to be migrated from there. This is an investment for a minimum of 10 years from now.”

According to Awadhi, there is healthy competition between the IT teams of all the entities that form the Dubai Government, which he believes Dubai Municipality scores major points in.

Considering its success in digitalising traditional public services, consolidating its infrastructure and plans for the government’s first tier III data centre, there is little doubt Dubai Municipality will continue to lead that competition for years to come.