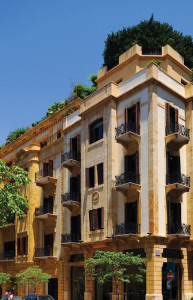 The Bank of Beirut is a trusted and well-known financial service in Lebanon’s capital, and has been offering its expertise since the early 1960s. However, tradition can cause you to lose pace in a modern-day business, and so the bank set about electronically updating its manual filing procedures to provide a clearer, faster and more accurate service.

With 65 members coming together to create an IT team which watches over 60 branches, the technical side of the Bank of Beirut is no mean feat. Ms Josephine El Koreh, IT Development and Maintenance Manager, IT Department, at Bank of Beirut, explains that keeping the bank relevant, modern and competitive can mean investing into up-to-the-minute IT solutions.

As well as this, the sensitivity of information has never been more recognised in business. With many processes moving online in the last decade, financial services continue to rank highly in IT security; customer information, customer data, account details, passwords, et cetera. El Koreh says that the bank recognises the criticality of information, and sees it as an asset. In that vein, she decided that it was about time that the bank updated its manual filing processes, which included copying and storing files related to account openings, loans, customer inquiries, and banking vouchers.

“We had trouble storing files and documents, and then finding them at a later date, we were wasting a lot of hours making copies of vouchers and loan inquiries, and we weren’t able to offer the customer a symmetrical copy of an account opening receipt,” says El Koreh.

“We needed to make these processes electronic so that we could file them better, locate them easier, and save time on copies.”

The solution that Bank of Beirut was looking for had to ensure that tellers didn’t need to manually make copies of each file, by enabling scanning of files electronically, and then having them filed in a specific way which allowed tellers to locate them later on when needed.

“We needed a solution that would file our documents for indexing, such as by date and importance,” El Koreh explains.

“Also, we needed tellers to be able to search and print vouchers when they need. On top of this, we didn’t have any copies of account openings, which is risky. Now when we have a client coming in, they have a booklet which we can scan and save in an index, which can be retrieved easily.”

Moreover, El Koreh adds that physical storage has been saved, another basic need for the project.

Laser treatment
The Bank of Beirut then set about scouting the market for the right solution and vendor to get the project underway. However, this wasn’t a lengthy process due to the relationship that it already had with one particular vendor, Laserfiche.

“We checked with other vendors, but we’ve known Laserfiche for a long time. They have a good reputation and so we were confident to go with them. It was part loyalty and partly because they had a good solution – it was the best on the market.”

El Koreh says that Laserfiche came into the bank and performed the implementation itself.

“We did the analysis together, they proposed a good study and we were happy to go with them. It took us about three months to do the initial set up, then we started implementing throughout the 60 branches.”

Laserfiche helped with the training from the get-go, and then El Koreh and team continued by themselves once enough IT members had become confident with the system.

“The person from head office who is responsible for all branches got certified in the technology, not the branch members themselves – this was the only challenging part; user resistance. The tellers don’t want to scan documents, it’s more work for them – but the benefits are very high for us.”

User resistance is normal, according to El Koreh, but aside from this hurdle, the system was stable enough to cause minimal disruption.

“The users were not sure, but from our perspective it was a good implementation. The users are not used to scanning documents, so when we asked them to scan each document so that we could have copies for the customer, it was new to them – this was the only major change.”

Instant benefits
Now, El Koreh says, users have instant access to the documents, whereas before, it would take a few days for original documents to be sent from one branch to another via regular mail.

“Now users can see any document whenever it’s needed, some have up to four copies – some in branch and some in other departments.”

Securely does it
On top of all the concerns of a regular implementation – Bank of Beirut had the added headache of security. When it comes to electronically processing customer data on a system, great lengths have to be taken to ensure that sensitive data is dealt with correctly. Laserfiche, according to El Koreh, had already proved itself as the stand out vendor in this category too.

“It was a reason we chose to go with them,” she says. “The security is very good. You can apply any security you like on top of this system. So we set out our information security for each user individually, and have prevented any issue which may occur. We’re very happy.”

The solution has been recognised with such high regard that the bank already has plans to roll it out to its international branches in the future, El Koreh says.

“The project was up and running within four months and we’ve dramatically reduced our labour hours and efficiency since,” she reiterates.