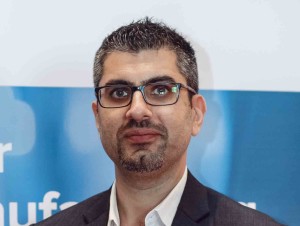 Saudi Diesel Equipment Company (SDEC) was established in 1978 and has served both the Kingdom of Saudi Arabia and the Middle East region since. The company is the sole distributor of some of the most iconic brands in the diesel equipment industry, one that is paramount to the country’s growth. Saudi Diesel services organisations across a range of verticals, including private industry and government agencies throughout KSA. To maintain its rapid growth in the region, the company knew it had to make some strategic changes in its IT infrastructure, and to unify its workflow throughout its many departments.

Ahmed Alkooheji, Department Head, IT and PMO, SDEC, recalls the legacy systems that were in place in 2008. “We had one application for each business process, and some of our processes were still completely manual,” he says. This meant that there was one system for finance, one for human resources, a different system for fleet management and more. “This situation crippled our ability to grow our business,” Alkooheji says. With each department working on a different system, it was a chore to coordinate workflows between siloed systems.

The legacy system in place at that time also created a transparency issue within the company. “Because the systems were not connected, we had a lack of visibility of our resources, including our fleet of vehicles, our current and potential customers, our inventory or parts, our accounting, costs, revenue potential, equipment availability and profitability – and the list just goes on,” says Alkooheji.

When it became apparent that their legacy systems were holding back progress, the company hired third party consultants to assess potential improvements in their IT infrastructure. “We needed to make a number of changes,” says Alkooheji. “We needed to support an increasingly complex sales and business process, as well as keep track of our extensive supply chain requirements,” he says. SDEC was also adamant that it needed to integrate multiple business units to deliver a holistic view of the entire system. In addition, there were a number of systems that it determined could be automated in an effort to lower costs and streamline functions. In short, the company needed a solution that could replace outdated legacy systems and streamline business processes, while giving it the ability to manage multiple ongoing projects.

The first step to streamlining this siloed system, says Alkooheji, was to take on a new ERP system. “We, of course, started with a thorough RFI and RFP process, we looked at a number of vendors on the market.” In the end, SDEC opted for Lawson Software, a company that would later be acquired by Infor. “We chose Lawson/Infor because it was nearly a perfect fit for us,” explains Alkooheji. “They had a local presence, the price was reasonable and they had the functionality that we needed,” he continues. The vendor was also knowledgeable about specific industry needs and terminology associated with a company such as SDEC.

Following the implementation of Infor technology, the benefits were both dramatic and immediate. “Just switching over to the new system allowed us to analyse our current processes,” says Alkhooheji. “If something didn’t ‘fit’ right in the new system, it pushed us to investigate the process surrounding that.” The increased transparency also allowed SDEC to learn about its own business. “We were able to see a timely snapshot of all of our systems through a single portal,” says Alkhooheji, “and that was key for improving our business.”

SDEC was able to replace manual reports with real-time dashboards, automate its reports and improve delivery reliability and customer service levels by instituting backward scheduling to anticipate the demand for parts. In all, they were able to increase productivity by automating tasks and speeding up transactions.

SDEC has stayed with Infor over the years, and has continuously upgraded its systems with the vendor’s new roll-outs. “Infor M3 as an industry focused solution was ready out-of-the-box for each business issue we had. It was all from one vendor, easy to use and simple to implement. In all, SDEC took on a number of components from Infor M3, including supply chain execution and management, financial management and control, customer relationship management, mobility and localised human resources.

Saudi Diesel has had a major impact on KSA over the decades, and recently, Infor has been powering their systems. Alkhooheji puts it succinctly – “Infor M3 powers a significant portion of Saudi Diesel.”

CNME
Previous ArticleCash in a flashNext ArticleThe power of one