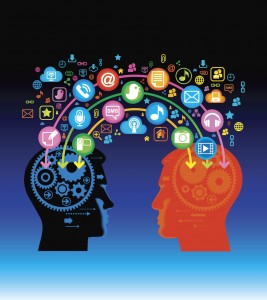 For the uninitiated, unified communications or UC means a combination of multiple communication and collaboration tools such as instant messaging, conferencing, email, unified messaging, team collaboration, and video with presence behind a single user interface that is accessible using a variety of devices … your mobile device, desktop, laptop, iPad, notebook.

Though UC has been around for years, interest among IT decision makers in the technology has been rather theoretical than practical, and we haven’t seen many wide-scale implementations in region, due to a myriad of reasons.  “Although there is increasing interest from enterprises across the region in understanding the value proposition of UC, adoption is taking place in phases, with enterprises picking applications based on their business and user needs,” says Nidal Abou-Ltaif, VP of Emerging Markets, Avaya.

He adds that Return on Investment (ROI) is one of the biggest obstacles for deploying UC, followed by interoperability. Enterprises often need to be educated and convinced about ROI factors before taking the plunge and those that have already deployed UC are currently seeking technology upgrades or expansions consider interoperability as a key deterrent.

Hani Nofal, Integrated Networking and Site Services Director of Gulf Business Machines, says the slower adoption of VOIP because of the regulatory requirements is also one of the reason. “However, we are still seeing the adoption of UC in the Gulf region at two levels. There is the basic level with IP communications provided by IP phones as a cheaper, more efficient way of doing phone calls. That is the piece that always seems to get embraced first. At the higher level, supporting business process acceleration with instant calling, messaging, escalating video calls, presence and integration with social media is starting to catch up.”

Most industry analysts predict 2012 is going to change the fortunes and the impact of UC will define the next decade of the communications and IT industry. There are some key technology trends such as mobility and social media shaping the future of UC market today. “More companies are developing strategies to engage with customers using social networking in recognition of its influence. But they are struggling with compliance issues, security and governance, as well as how to integrate successfully social networking tools with existing communications tools. Advancements in integration between UC software and social software will help address these issues and promote real-time social computing across the enterprise,” says Nofal.

Abou-Ltaif from Avaya says UC is also intrinsically linked to mobility. “It has allowed employees to stay connected even if they are out of the office. Increasingly, mobility means more than having persistent voice, e-mail, SMS text and even video connections; it’s having anywhere, anytime access to the information and applications you need to take care of business, whether it’s data at your desktop, spread sheets on the corporate server, or customer relationship management (CRM) in the cloud.”

Vendors such as Polycom expect 2012 to see a lot of exciting developments which will result in video being used on a scale never seen before. “We will see a continued growth of immersive telepresence rooms, and a boom in the use of video solutions on mobile devices, and in social media business tools via cloud hosted video platforms,” says Daniel Weisbeck, VP of Marketing, Polycom.

Another key trend, according to Huawei, is the move to a more open unified communications environment. Zia ul Mazafary, Solutions Manager, UC & Collaborations at Huawei, points out customers want greater flexibility and do not wanted to be tied down to one vendor. “In the past, vendors had a habit of pushing their solutions to create market need. The roles have reversed now thanks to increasingly tech-savvy customers in the region who have a greater understanding of what they need to suit their business requirements. Customers understand that they can make savings from combining products with multiple vendors. Vendors need to tailor its UC go-to-market strategy to fit business processes – NOT tailor business processes to fit UC,” he adds.

Roch Muraine, Director-Strategic Solutions, Alcatel-Lucent Enterprise, says all converged infrastructure should work and support UC, and the first step is to move to a converged IP infrastructure. “We can migrate any traditional infrastructure at the pace of the customer mixing SIP, IP and TDM technologies up to a full-fledged SIP core multimedia communication infrastructure,” he says.

Farhat Khan, Product Manager, Optimus Technology & Telecommunications, advocates a phased approach. He says it is primary because when UC is coupled with collaboration needs then different independent platform offering the features such video and social media will be required as initial heavy investments.

There are also other alternatives to large capital and operational expenditures for UC hardware, software and support. “Many businesses are exploring outsourcing, software as a service (SaaS) and managed services for critical IT functions. The benefits include known, manageable costs, no up-front capital expense, current versions and support for hardware and software, and assured levels of quality, reliability and availability. In uncertain times, outsourcing is proving to be a viable alternative to buying, installing and maintaining new infrastructure to support UC, especially for small and medium businesses,” says Nofal.

Though options abound for enterprises looking to get on the UC bandwagon, one tricky aspect associated with UC deployment is cost-justification and demonstration of ROI. Most of the key benefits of UC such as improvement in employee productivity are hard to measure in cold dollar terms.

Mazafary from Huawei agrees that companies are delaying adoption because ROI is hard to demonstrate but says there really is no single magic formula for calculating ROI on UC investment. “The answer will vary widely based on the business goals of companies, and how widely they want to adopt UC. It can range from a simple IP PBX system in one office location to a more fully fledged project integrating UC into voice, video and data networks across multiple sites, so there is enormous variation in ROI.”

Abou-Ltaif from Avaya offers a different perspective : “Enhanced productivity, employee retention, cost reductions from staff travel, are just some of the factors that IT leaders can consider while cost justifying a UC system. Avaya has seen that over the last three years, with continuous education, organizations are realizing the benefits of UC as is evident in some successful deployments that we have seen in the region. Also based on Avaya customer case studies, in-house conferencing and collaboration tools take advantage of internal networks and may provide up to a 40-60% ROI.”

Weisbeck from Poylcom offers a tip for CIOs considering UC: “During the continuing gloomy economic outlook, cost control is key as budgets get tighter and everyone strives to be leaner and efficient. IT leaders need to illustrate the cost-saving and business gains from UC and need to only highlight its growing popularity as proof.”

If the recent industry surveys are anything to go by, there is big chunk of enterprises in the Middle East planning to implement UC within the next two to three years, enticed by the productivity gains and improved response times. You can only ignore UC at your own peril.