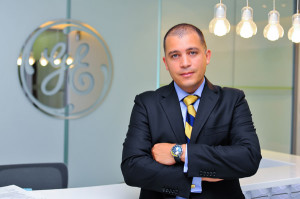 When fate stepped in the way of Fady Sleiman’s dream of becoming a pilot, it opened up an entirely new road – one that would eventually bring him to the position of corporate CIO for the Middle East and Africa at General Electric.

“My passion is flying. When I was 17, my father gave me an ultimatum: I could either buy a car or I could do flying. I chose the flying, and I got myself the car later.”

These hardly sound like the words of someone who didn’t actually end up becoming a pilot. Judging by the way in which Fady Sleiman, now General Electric’s corporate CIO for the Middle East and North Africa, speaks about his early love for flying, it’s difficult to believe that his career took him anywhere near IT. It’s a bit like getting to meet Tom Cruise’s character in Top Gun only to find out that, since the film was made, he’s become an accountant.

And yet, by a strange series of coincidences, it was Sleiman’s passion for flying that set him on the path to becoming the regional CIO for one of the world’s biggest companies. What’s more, now that he’s made it to the top IT job at GE, he’s glad that his life turned out the way it did — he calls the direction change a “blessing in disguise”.

So how did everything get shaken up from the original plan? Well, Sleiman certainly was on track to becoming a pilot — having taken a couple of months off for lessons in the United States as a 17-year-old, he could fly a small aircraft before he could drive a car. After returning to London, where he grew up with his Lebanese parents, he did plenty more training, earning a basic commercial pilot licence.

“I flew old-age pensioners all around Europe —  Italy, Amsterdam, all those places,” Sleiman says. “It was just paying my way through university and things like that.”

At university in Nottingham, United Kingdom, Sleiman took computer studies, and specialised in information management. Aside from the aviation, Sleiman was always interested in the technology world — and plus, he says, to take his flying career to the next level, Sleiman would have had to focus on either computers or literature, so computer studies was the clear choice.

Following university, Sleiman got himself onto the British Airways pilot scheme, which accepts just 25 pilots every year. Indeed, his childhood dream was quickly becoming a reality, and he was set to start on September 15, 2001.

However, the US terror attacks of September 11, 2001, meant that pretty much every airline in the world would have to rethink its strategy. And unfortunately, British Airways was forced to decline Sleiman a place on its pilot scheme at the last minute.

“Obviously, September 11 happened, and it changed everything, so they indefinitely postponed that,” Sleiman recalls.

The airline did not, however, wish to leave Sleiman hanging high and dry, and so it referred him to a careers fair for top-end graduates in London, where he met recruiters from CitiGroup, Chase Manhattan and, of course, General Electric.

“It was basically British Airways that introduced me to GE,” Sleiman says. “What happened was, as soon as they notified us, it was the last day of this two-day event at Imperial College. Literally, when I went there, I got offered a job on the same day because British Airways backed us with all the education, references and everything with regards to what we needed.”

Indeed, Sleiman got offered jobs from all three of the companies that he met, though GE stood out for him in a number of ways — not least because the company had pledged to put him on a graduate fast-track scheme, an executive leadership programme that would take him across the world. In contrast, a job at either of the other two firms would involve only half the amount of travel.

“I chose GE because it was four rotations, not two. All the others were two — one year in London, and one year in New York. Instead, this was four six-month rotations. At the time, I didn’t know exactly what I wanted to do in IT, so I ended up doing that.”

“At the bank, we had lots of reconciliation issues, as you can imagine, so me and my team would focus on any business that had more than $6 million in write-offs a year. As soon as we did that, we’d go there and rectify that, using automation, using technology, and fix the issue so that they would be saving that $6 million that they were losing previously. That’s what the whole idea was. It was like an audit staff type of role, and every three months, we would do something like that,” Sleiman says.

Having built up a successful track record for reconciliation, Sleiman joined the acquisitions and merger team for GE Capital, which brought him to Dubai in 2007. He was directly involved in a merger with Al Futtaim Group, which jointly created Al Futtaim GE Money with GE that year. Little did Sleiman know then, however, that he would end up staying in Dubai long after that deal had run its course.

After the due diligence for that merger was completed, the regional CEO of GE Money asked Sleiman to take the firm’s regional CIO role. He took the job without a moment’s hesitation, excited at the prospect of building an entire IT infrastructure from scratch.

“It was a greenfield programme, so there was nothing here. We had four employees when I started. By the time we finished, at the optimum level of the business, we had something like 440 people,” Sleiman says.

However, that business wasn’t to last — because of the 2008 financial crisis, GE Money handed its portion of the joint venture back over to Al Futtaim. It was the right thing to do, Sleiman says — even though around 230 got handed back, the business, now called Al Futtaim Financial Services, ended up thriving. Sleiman, meanwhile, continued as regional CIO of GE Money.

Having launched a number of implementations, and built a strong IT infrastructure from scratch, it wasn’t long before Sleiman started to attract some attention. By 2010, having been impressed with Sleiman’s work, GE’s regional corporate CEO, Nabil Hubayeb, asked him to take on the role of corporate CIO, overseeing all the various business units under the GE umbrella. This ended up being the challenge of a lifetime for Sleiman, but it was one that he was quick to embrace.

“Because we’re an emerging market, we’re still growing very quickly and we don’t have, I would say, the dedicated CIOs for businesses. Some businesses have CIOs, and where they have one it’s fine. But where they don’t have one, we’ve basically stepped in and we’ve helped, and we’ve paved the way for the strategy for the region on making GE a best-in-class regional centre,” he says.

“I’ve actually been in the role now for three years. It’s been a roller coaster ride, and it’s been a very good one.”

So, having been introduced by British Airways to GE, and gone on to nab the firm’s top regional IT job, does Sleiman ever look back and think about what might have been, had he realised his dream of becoming a pilot?

“I always did, but the problem with flying is that age is against you. It makes it a lot more difficult, as you get older, to get involved. Anyway, my love originally was with flying itself — yeah you had assistance from technology, but now, technology can enable an aircraft to take off and land on its own, so in that sense, I think it was a blessing in disguise.”

That said, Sleiman still keeps up his flying licence, which requires him to fly 13 hours every year. What’s more, with GE’s massive ties to the aviation industry — GE is the world’s largest aircraft engine supplier, and is the world’s biggest leasing company for aircraft — Sleiman still gets plenty of access to that world.

The CIO also believes he’s better suited where he is — he says he’s committed to building up the region, and he believes that technology will provide the way to do that.

“I’m here long-term,” Sleiman explains. “My origins are from the region. The good thing about it is that I have a passion to help this region grow.” 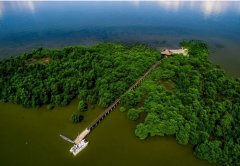 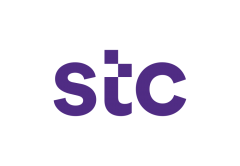