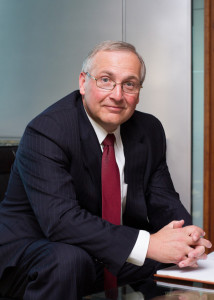 As part of a round-the-world trip to various markets, Kevin Kennedy, President and CEO, Avaya, visited Dubai to see how the company can help the Middle East ride the next big waves of innovation. CNME goes one-on-one with the CEO to see how he found meeting some of Avaya’s biggest regional customers.

Would you say that customers from this region are quite demanding?
I do. First, they have very specific initiatives, and secondly, they want to be respected for having made investments and created outcomes that are recognised to be the best. It’s not every day that you have a customer who just says, “Please bring me more ideas.” That’s an open door for great conversation. People are looking for more collaboration in development resources or ways that we can show people what we have so we can figure out how to support some of the e-government initiatives and such.  But, in the end, all of those conversations help absorb our new technologies. I think the visit allowed me to hear what was important to the ministers and the leaders here. It allows us to figure out how we can align with their initiatives, and if we do it right, we’ll see the benefit of technology being absorbed that isn’t being absorbed elsewhere.

What kinds of improvements can Avaya make in this region, and what improvements can end users over here make?
I think most of the conversations we had were about expanding the services that are offered either to the public or employees, and making them more reliable. In no case was there a situation where we were reflecting upon what’s not working. I think these conversations were all reflections upon things that have yet to be done and probably not implemented in other places in the world.

Have you seen any mind-blowing implementations over the course of your visit?
We saw some surveillance operations that were brilliant, and the scale is brilliant. Yeah, I’ve seen some things that I’ll remember when I go home.

You previously highlighted surveillance as a big growing point over here. What do you attribute that growth to?
One is new infrastructure — airports everywhere in the world are putting cameras all over. Two is that people want to manage risk, and so in the hospitality sector, and in banks, you see increasing amounts of cameras. And it’s just the security of nations. I think it’s a growing market. For us, it’s the realisation that, today, those networks have been separate, those networks tend not to be on IP-based networks, and so for us to be able to handle that kind of traffic simply, scale it quickly and actually move that traffic onto an IP network,  that’s a new market for us.

In your short time here, what kind of appetite have you seen for cloud in the Middle East?
Almost every conversation we had here started with innovation and new outcomes that leaders wanted to create. In the rest of the world, people often lead with cloud because they’re trying to solve their financial mechanisms first. In the industrialised world, you don’t want to spend this money, so you’ll amortise it over the next five or seven years. Here, it will be about innovation first, or new outcomes, and then decisions on how human resources are best used. In other parts of the world, it’s an economic alternative that you start with and then the outcomes are sometimes secondary.

You have big customers like the RTA, Emirates NBD and Etisalat in this region, and presumably you met with all of them. So what are they looking for?
There’s a reality that most of our discussions here were about driving change. In other regions, sometimes it’s people reacting to change.

Avaya says there’s a large appetite for video-conferencing and video-calling in this region. Who are you targeting with such offerings?
It’s ready for anyone. Let me remind you, in our parlance, we’re talking about SMBs anywhere from, say, 25 or 50 users all the way up to 5,000 users. Those are pretty big companies, and it’s a pretty big range. The big thing about the SMBs is that they don’t have a lot of time to hire out IT resources. They don’t have big staffs, and they want things when they want them. For this technology, we bought a company called Radvision, which is really a mobile video solution. It rolls out in less than a day, everybody’s using their mobile devices, it’s very high-definition, but it works over a 128 kb/s or 256 kb/s line.

Aside from being the CEO of Avaya, you also serve on the United States National Security Telecoms Advisory Committee. Has the controversy surrounding Edward Snowden and the PRISM programme affected either role, or has it created a conflict of interests?
Neither. This committee is a collection of CEOs, and the Department of Homeland Security will come in, too. There may be questions such as should there be a separate network built in the country for emergency capabilities — in the event of a hurricane or a big fire — or how can we encourage businesses to protect themselves more against cyber-criminals? These are very big topics, so Homeland Security and this group of CEOs will work to try to build a consensus on prudent directions, and give a recommendation to the President. It’s very focused, it’s very specific, and it’s really not very political. It’s really about the directional investments of how to approach big problems.

Sticking on the topic of PRISM, have you heard any regional customers voicing concerns about the allegations?
No. With the level of hospitality, the focus on what outcomes the leaders here want to create, and whether we can have the technology to assist — customer by customer — that was the conversation.