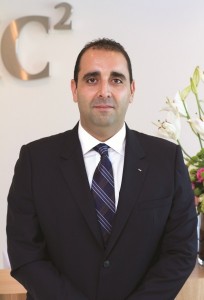 Undisputable storage powerhouse EMC claims to be ahead of the game, and you don’t get out in front by standing still. The company recently announced significant enhancements to its leading channel partner programme, Velocity, and Havier Haddad, Channel and Alliances Director, EMC, states no other vendor can claim to be close.

“I’ve worked with many partner programmes throughout my career, and I can honestly say that I’ve not seen any programme that comes close to what we’ve got here at EMC.”

Haddad, immensely pleased with he and his team’s work at EMC, says that recent enhancements announced on the Velocity programme support the idea that EMC is the industry leader when it comes to cloud and big data technologies for the channel.

“This is customer demand – these changes represent our efforts to constantly meet the requirements of companies which rely on these programmes to survive.

“We don’t compete with our partners, we refuse,” he says.

“We don’t do cloud. We offer it as a technology, but not as a service. We’re here to do what’s best for our customers.”

A welcoming announcement for the channel scene, no doubt, but EMC recognises the difficulties that companies are facing in the market – another piece of evidence in regards to the nature of this programme revamp.

“Technology is transforming, rapidly. If companies cannot transform with them then they’re gone – they won’t survive.”

EMC says that the improvements of the programme are based on two main ideas. The first is that EMC realised, after believing the opposite, that its partners are ready and willing to become as specialised as the company itself in its technologies. And, secondly, that the new rebate changes will ensure that signature partners are awarded more money.

“Money is the most important thing, that’s what this is all about. Partners work with you for a few reasons – they want to make money, and they want to sell great products that they know. So we specialise partners in our products now,” says Haddad.

“The Velocity programme is very rich in awarding partners. Signature partners can make up to five percent back on what they sell, to me, that’s too much. Honestly, no other vendor can claim to offer this.”

Moreover, this is pure profit before profit from services, EMC states. This new enhancement on rebates doesn’t include front-end margins.

Specialisation
Haddad says that the one of the key improvements to the programme, again prompted by customer requirements, is the additional training that partners can receive in order to become specialised in more specific areas.

“Before, a partner would say I want to be specialised in consolidation, and we would specialise them in that area. However, now we have five separate ranks in consolidation. So, the specialisation is far more specific. We’re helping our partners to be more detailed and to have a deeper knowledge, and this will be a differentiator in the market – again, no other company is putting this emphasis on its partners.”

The incentive will also be good for distribution customers, who, EMC believes, will now have more confidence in their resellers due to the improved level of certification during business.

These are difficult times for the channel. Haddad believes that the industry is moving online, and in a few simple clicks, one can have anything they want distributed within minutes. These companies need to be able to adapt to this technology landslide in order to remain competitive and relevant.

“There are no volume distributors any more, it’s all about value-add now. Acquisitions are being all the time because people now see that if they’re not able to get into the value-added arena, they’re going to suffer,” Haddad explains.

“If you’re a reseller and you do not speak the language of cloud, you’ll disappear. If you don’t get some value-add into your DNA, you’ll disappear. Resellers must now recognise the increasing customer requirements. This is what our programme is providing for them – knowledge, specialisation, and reward.”

Being the best
Haddad believes that EMC has now set the bar for all partner programmes and claims that other vendors must look to EMC when attempting to beat the best.

“Other programmes will try to mimic what we’ve done here. We’ve raised the bar,” he says.

“There have been times with this programme where I’ve sat with major, major telcos, and they’ve been telling me that they want to leverage my Velocity partner programme. As I said before, never in my career have I ever seen this kind of reaction to a partner programme.”

Haddad’s hard work hasn’t gone unnoticed by EMC, either. He recently had a career-enhancing move himself, taking on Eastern Europe as part of his jurisdiction.