AdColony, an independent mobile advertising platform, has partnered with Unilever to run interactive mobile video campaigns for the first time in the Middle East.

Sunsilk, Brooke Bond and Jif are the first three brands to run Aurora HD interactive video ads which delivers more immersive experiences for the user and allows brands to tell a story in an unique, interesting way, said the ad firm. 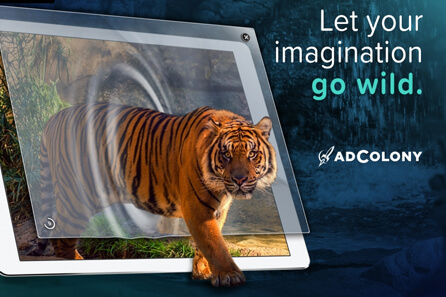 Not only did nearly 50 percent of all people that saw an ad engage with it, but most consumers would touch, tap or swipe the ad multiple times, and the total number of engagements per person was over 50X industry averages reported in the Global Video Benchmarks Report from Innovid.

The study also noted that engaging with the video also led to increased post-video activity, and in one campaign, the Aurora HD Video led to 3X increases in user acquisition for the company’s loyalty program and 2X more click-throughs to the site, when compared to a standard video campaign.

“We are proud to work with partners like Unilever in the region to help drive awareness, engagement and purchase intent in new and exciting ways on mobile devices,” said Samantha Billingham, Regional Sales Director at AdColony EMEA.  “Leveraging the power of creativity and interactive capabilities of our Aurora HD Video technology, these brands created wonderfully immersive experiences that engaged their consumers and delivered powerful results.”