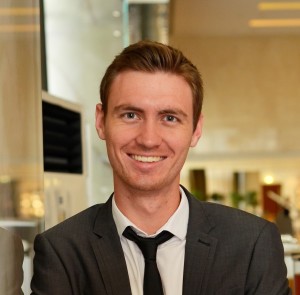 I hate to say I told you so, but I did tell you so… Sort of. A few months back we discussed the radical changes being made over at Yahoo, and addressed the raised eyebrows following some unorthodox announcements.

Now, however, we’re discussing what a successful first year Marissa Mayer has had at the helm of what appeared to be a flailing company beyond repair – what a difference a year makes, right?

Yahoo can deservedly celebrate some success; its shares have risen to heights of 90 percent since Mayer took over, and still sit around the 75 percent mark today. Compare this to Jerry Yang, who served around 18 months from 2007 to 2009 and witnessed a share decline of 60 percent. On top of stock success, Mayer has made some solid acquisitions, notably Tumblr for $1.1 billion, and some solid product changes. Overall, she can look back at her first year, exhale with a hint of relief, and be pretty pleased.

And here comes the but…

Just as the confetti was beginning to settle and a string of Yahoo employees had begun to overwork the snooze button on a well-earned day of rest, Third Point CEO and Yahoo board member, Dan Loeb, announced his departure – wait, what?

Loeb, responsible for the ousting of the former CEO and instatement of Mayer in the first place, can be held accountable, to a degree, for the success Yahoo has seen over the past year – but he isn’t a party man, he’s a business man. Yahoo has much to thank him for too; as well as his hand in the executive reshuffle, he also instrumented the selling of some stake in Alibaba. Yahoo sold 7 percent, making $7 billion for acquisitions. It appears, on the surface, that Loeb’s hand steadied the wheel for Yahoo, but his hands might be better known for puppeteering.

After closer examination, it appears as though Dan Loeb has got out of Yahoo at the best possible time, and luck has nothing to do with it. Loeb has carefully constructed today’s Yahoo, one that looks good, but is fairly unstable at the core. He’s waited for the positive review, sold the majority of his stake, and left a richer man – but what does this mean for Yahoo?

Analysts have suggested that the company could have thrived going forward as a media company, probably under the leadership of Ross Levinsohn, who recently took a little jab at Mayer but stating that he wouldn’t have spent $1.1bn on Tumblr, but Loeb pushed for Mayer to come in and direct it toward the tech industry. A former Yahoo executive allegedly claimed that this was always a risker move for Yahoo, and one that it knew was unsustainable. But the stock market historically values tech companies higher than media companies, which makes perfect sense for Loeb, who already would have known that leaning on Alibaba would continue to surge Yahoo’s shares for a short while.

So Loeb made a quick buck and vanished, leaving Mayer and Yahoo with flat revenues, poor advertising declines, and a bunch of thriving tech companies for direct rivals. It’s the perfect crime.

Whether Yahoo would fare better in the media industry in the long run is not something that Mayer will ever think about, nor should she. But board members who have enjoyed the recent relative success will be pardoned for wondering what the future holds. Mayer can be proud of what she has achieved in her first year at Yahoo, but the battle has certainly just begun, and as Bachman Turner Overdrive once said; you ain’t seen nothing yet.