Back in the mid-90s when I first had access to the Internet, I couldn’t really understand what the hype was all about.

I was a gamer in those days, so my first use case for the Internet was to find WAD files – custom maps, weapons and characters – for the game Doom, that people posted on their Geocities pages.

Fast-forward a quarter of a century, and the Internet is used for just about everything – banking, communications, shopping, research, news, social networking – limited only by our imaginations.

For me, Blockchain technology has the potential to disrupt the way we work not only in my home industry, logistics, but also in other industries, in just the same way – limited only by what we can imagine.

Here is a simple situation we can all relate to, that shows just how Blockchain can make our lives easier.

After a car accident, when the police arrive, each party adjusts their story in an attempt to avoid blame. What if there was a way to eliminate this dishonest finger pointing, where neither party could attempt to rewrite history following the collision? Enter Blockchain.

To begin with, Blockchain’s use will be similar to the early use of the Internet. However, moving forward, we can use this technology to solve so many existing problems.

One such problem is how visibility in the supply chain has been difficult to provide between multiple parties and stakeholders – in the main due to disparate, non-connected systems. Due to this, disputes are commonplace – scenarios like “my product was delivered late” or “my product was short delivered” or “I didn’t receive my product” happen all too frequently. They can be eliminated using this shared ledger technology – where neither party can attempt to alter the facts after they have happened.

I am a big believer in applying Sir Richard Dawkins’ theory of cumulative selection to the technology space – the idea that a complex end-product results from a sequence of non-random steps that originate from ultimately or comparatively simple beginnings.

For me, it is clear that Blockchain fits this idea perfectly – a ledger technology initially used to store financial transactions, now for us at Tristar being used for end-to-end logistics tracking.

In the future, the technology will only be restricted by the limits of human imagination. It really is that powerful. 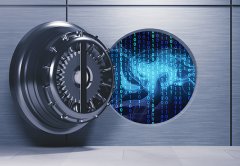 Data Privacy Day: Remembering how much work still lies ahead