The Middle East and Africa personal computing devices (PCD) market, which is made up of desktops, notebooks, workstations, and tablets, declined 15.2 percent year-on-year in Q3 2017. 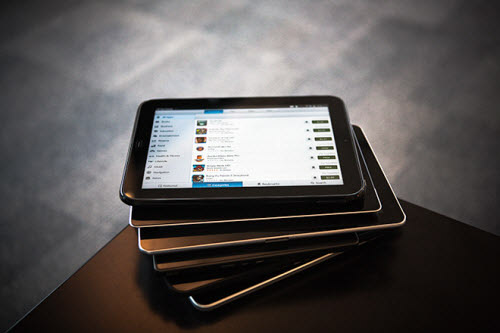 According to the latest insights from International Data Corporation (IDC). The global technology research and consulting firm’s Quarterly PCD Tracker for Q3 2017 shows that PCD shipments fell to around 5.9 million units for the three-month period, which represents the lowest quarterly volume recorded during the last five years.

“The poor performance of the tablet category was the primary cause of this decline, with shipments of both slate and detachable tablets declining rapidly year on year,” said Fouad Charakla, senior research manager for client devices, IDC Middle East, Turkey, and Africa.

The report showed that Kenya suffered huge declines in its tablet market after a massive education project that boosted shipments in Q3 2016 was not repeated in Q3 2017. “There was a near-universal decline in demand for slate tablets across the region, with the exception of IDC’s ‘Rest of Africa’ grouping, where a large education project was delivered in Ethiopia.”

Charakla said while market sentiment remained weak across large parts of the region, most of the key PCD markets performed relatively well during the quarter. “The region’s biggest single country market, Turkey, experienced some growth, while Saudi Arabia and South Africa both remained flat. The UAE experienced a slight decline, while the rising cost of living saw consumer demand decline across the GCC countries. Meanwhile, currency issues meant that consumer demand was also constrained in Nigeria and Egypt.”

Looking at the PC market in isolation, each of the top five vendors maintained their respective positions when compared to the corresponding quarter of 2016:

In the tablet space, Samsung experienced the biggest year-on-year gain in share among the market leaders. Lenovo cemented second place in the overall market following its involvement in the aforementioned education project in Ethiopia. Huawei lost some share, while Apple and TCL both reported notable gains.

It should be noted that HP, Lenovo, and Dell together accounted for around 75 percent of overall commercial PCD shipments in the region during Q3 2017, while the rest of the market’s players are primarily focused on serving the consumer segment.

“A slowdown in government initiatives and commercial projects, as well as weak-to-modest consumer spending, will ensure the region’s PCD market closes 2017 with a significant overall decline,” said Charakla. “However, a number of very large education projects are anticipated for the UAE, Pakistan, and Ethiopia, and these will act as short-term drivers of demand, helping to cushion the fall in coming quarters.

Looking ahead, IDC highlighted that PCD shipments overall are expected to continue declining over the next few years as users continue to shift from one PCD category to another and increasingly embrace technologies beyond the PCD market, such as smartphones. “The impact of these developments will be most notable in the slate tablet market, with IDC expecting this category to suffer the region’s most severe volume declines in the years leading up to 2021.”