Avaya will make its cloud services available to every partner, large or small, as the company ramps up its focus on cloud for the next year.

Avaya is pinning its growth on the cloud in 2019. That’s the bold message that the company’s International President, Nidal Abou-Ltaif, drove home at the Avaya Partner Summit 2019 this week, as he outlined the company’s strategy for rolling cloud services out to partners across the globe.

During his keynote speech at the Summit, delivered to over 450 channel leaders from dozens of countries, Abou-Ltaif proclaimed that Avaya’s credentials as a serious cloud services provider would be impossible to deny, as he announced plans to make cloud services available to any Avaya partner, regardless of size.

He pointed out that the company has already made headway as it moves its business towards cloud-based models. Avaya’s UCaaS and CCaaS solutions represent the company’s fastest growing segment, having grown in 2018 by around 700%.

Building on this, Abou-Ltaif said that, in 2019, Avaya will make its UCaaS and CCaaS solutions available to every partner, and, by extension, every customer around the world. He added that Avaya is making it possible for channel partners to deploy private, hybrid or public clouds for both large and small customers.

“Through our announcements today, with the tools and initiatives that we’re launching, you’ll see that our focus is on enabling partner growth in 2019. Cloud is a huge part of that, meaning we have to make our cloud services available to every one of our partners – no matter their size, no matter their business model,” Abou-Ltaif said.

“I’m fairly confident in saying that, because of these initiatives, we have one of the most inclusive partner programs of any large technology vendor in the world.”

Indeed, while Abou-Ltaif stressed Avaya’s impressive progress on its cloud ecosystem, he still had plenty to offer partners who aren’t looking to the cloud as their main driver of growth. From new, platform-agnostic devices to AI and biometrics integration in the contact center, Abou-Ltaif previewed a raft of new technologies and use cases that he said were “customer-centric” and relevant to today’s demanding customers. He said that these new solutions were the result of Avaya’s commitment to “open innovation” – the commitment to an open standards-based business model.

“In 2014, we took bold steps to take the customer experience from an inbound function to the contact center to every touch-point outside the organization, including end points, like ATMs, social channels, mobile phones, and everything in between. We opened our platforms so that they could interact with the outside world,” Abou-Ltaif explained.

“By 2018, we’d presented to the world how our strategy of endorsing open platforms revolutionizes emergency services, makes chatbots more intelligent, and ensures inclusive experiences for people of determination. Experiences are no longer fragmented but should and can be enterprise-wide, and AI, biometrics, and other emerging tech is now available to everyone with an idea to inspire.”

Abou-Ltaif closed his keynote by saying that creating these stellar customer experiences – both within and outside of the enterprise – is what’s driving Avaya going forward. After all, the company’s new tagline, he pointed out when speaking about its new brand identity, is “Experiences That Matter”. And given that it enabled 75 million customer-agent phone conversations, 2.6 million active chat sessions, 2.9 million audio conference calls, and 90,000 video calls last year, it would appear that Avaya is the very best-placed vendor to deliver on that mission. 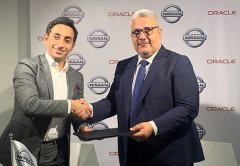 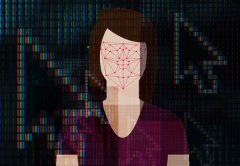 “With us, partners have the ability to offer something very unique” : NCC UAE