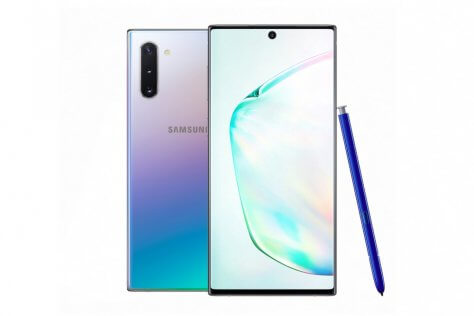 During its recent Unpacked event held in New York, the smartphone giant revealed the two new devices touting them as the “world’s most powerful” smartphones.

“From the very beginning, the Galaxy Note has stood for the best-of-the-best technologies and features. The Galaxy Note10 re-imagines this promise for the modern Note fan who uses their smartphone to take their productivity and creativity to the next level, and who effortlessly flows between ideas and endeavors at a moment’s notice,” said DJ Koh, President and CEO of IT & Mobile Communications Division, Samsung Electronics.

“Every element of the Galaxy Note10 was designed to help users achieve more. Whether they’re finishing a big project for work, capturing and editing a video, or playing their favorite mobile game, the Galaxy Note10 will help them do it faster and better,” he added.

According to the firm, the Galaxy Note10 opens up the Note to users who want the power of the S Pen and ultimate productivity in a compact form factor. The device packs a 6.3-inch Cinematic Infinity Display into the most compact Note yet.

Meanwhile, the Galaxy Note10+ features the biggest Note display ever with a 6.8-inch Cinematic Infinity Display on a device that’s still easy to hold and easy to use, the company said.

The Galaxy Note10 featured an edge-to-edge Cinematic Infinity Display that is nearly bezel-less, while the in-display cut out for the front camera is small and centered for a balanced design.

The new Galaxy Note10 series also comes packed with a powerful and newly re-designed, unibody S Pen. Now, users can jot down notes, instantly convert their handwriting to digital text in Samsung Notes, and export it to a variety of different formats, including Microsoft Word.

It also comes with AR and 3D capabilities integrated into the camera. With AR Doodle, users can optimise the S Pen to personalise photos with dynamic drawings, effects, and animations that track to the image.

Both are powered by Qualcomm’s Snapdragon 855 but the Note 10 has 8GB whereas the Note 10 Plus has 12GB. The devices run on Samsung’s OneUI layered over Android 9 Pie.

The battery is among the key differences between the two. The Galaxy Note10 packs a 3400mAh while the Galaxy Note10+ comes with 4170mAh. One other design change is the loss of the 3.5mm headphone jack.

The smartphones also sport a triple camera setup, the Note 10 devices feature similar three lens and megapixel pairings as the S10’s camera setup, with a 12-megapixel main lens, 12-megapixel telephoto lens, and a 16-megapixel ultra-wide-angle lens. Variable apertures of f/1.5 and f/2.4 are available on the main lens, while the telephoto camera has a wider f/2.1 aperture than the S10 phones.

As for the front camera, both have a single selfie camera with a 10-megapixel sensor and a narrower aperture.