Now, it’s not often a single board member will order a CEO to do anything, but he couldn’t bite his tongue any longer.  These were high stakes.

Twelve months after I raised the first round of financing for Hexago (gogo6’s predecessor), 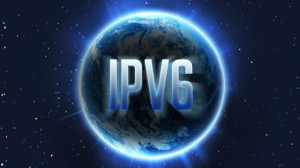 of which Serge was the lead investor, funds were getting low. Our 25 person IPv6 company was eating through its cash and would run out in nine months unless that wave accelerated and galvanized sales or I raised another round of financing.

Fast forward six years and we now have a snap shot of how IPv6 adoption has actually progressed. gogoNET is a community for network professionals transitioning their networks, services or apps to IPv6. During registration we ask the question, “What is your overall status of IPv6 deployment?” and provide five possible answers:
• Researching
• Testing
• Trialing
• Deploying
• In Production

Based on the responses of 52,562 professional members over the last three years we have a good idea of where our members are in their transition to IPv6 when they first join and, when plotted, it kind of looks like the first phase of my beloved v6 wave diagram.

Instead of a broad, flattened wave cresting somewhere over the Trialing or Deploying stages, there are at least two waves flowing at different speeds creating a trough in the center, with most members still in the early stages (Researching or Testing), or completely finished and in production with their network. Two-thirds of the members who started in the early stages of adoption are still stuck there three years later, and for the 20% who completed their transition, it took an average of 18 months to do so.

To dig in a little further we used geolocation to segment our poll taker responses by Regional Internet Registry (RIR) regions.

Compared to the relative demographics of our membership (shown in unfilled bars), RIPE was over represented and APNIC and AFRINIC were both under represented. In fact it’s difficult to draw any conclusions on Africa due to the low sample size of only six responses.

By plotting IPv6 adoption by progress we see the RIPE region is leading the world with the most “In Production” networks, followed by ARIN and then APNIC. But APNIC is a bit of a surprise.  Given the RIR depleted their IPv4 address pool over two years ago, I expected more networks to be in the “Deploying” and “In Production” stages. This implies Asia is using more workarounds, such as NAT and CGN, to delay the inevitable.

So the v6 wave is moving, it’s just not progressing as a single aggregate wave and it’s certainly not moving as quickly as we expected. And although Serge was right about getting rid of the v6 wave diagram it turns out it was too simple rather than complicated.

Sinclair has been a part of the IPv6 market since 2006 and is CEO of gogo6, a provider of IPv6 products, community and services. Original market insights for his blogs are gathered from the gogoNET social network that has more than 90,000 registered members who use the community as a resource to transition to IPv6.