Mobile applications have streamlined business processes and increased the capabilities of Swisse Wellness, Stockland and Eastern Tree Services (ETS), the companies said on a customer panel at the AirWatch Connect conference in Melbourne. 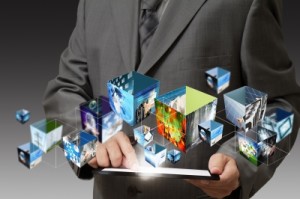 Swisse Wellness has a customer-facing app on point-of-sale devices called iHubs located in pharmacies throughout Australia. The app includes marketing materials and how-to guides about the company’s vitamins and supplements.

“It’s enabled our customers to make a more informed decision about what they want to purchase,” said Adam Troughear, IT communications, mobility and innovations specialist at Swisse.

While the sales team had initially resisted using iPads, they are now giving positive feedback to IT, he said. “They can go into the store and they are able to interact a lot more naturally with our customers because they don’t have a laptop in front of them.”

The success has increased the prominence of IT in the business, Troughear said. “It’s started to help IT become more integrated with all of the other teams within the business. Other teams in the business are starting to come to us to help them solve a challenge.”

Looking ahead, Troughear expects that mobile apps will fuel Melbourne-based Swisse’s international expansion, he said. The company has entered the United States and New Zealand and is looking at Europe. Mobility will “allow us to keep a really lean IT team and still manage everything from Melbourne”.

Stockland, a retail and residential property development company, has 1000 smartphones and 300 iPads in the business, according to Craig Miller, the company’s IT operations manager. Like the other companies, Stockland has apps for internal and external uses.

One of the most popular recent iPad apps is used by leasing executives at shopping centres to quickly get information about shop fronts, Miller said. “They can give [customers] information in real-time about the square footage of the shop, how much it’s going to cost, what potential revenue they could be getting, what traffic goes by” and other analytics, he said.

The app has only been available for three to four months and it’s already considered “business critical” by the staff, Miller said. “There’s even talk about commercialising it.”

Meanwhile, IT and the business is now working closely together to develop additional apps to improve other business processes, he said.

Eastern Tree Services workers use mobile apps as they clear trees around powerlines, according to the company’s CFO, Paul Tymensen. The company has about 700 staff and has contracts with power companies across Australia.

ETS has automated our field paperwork for the crew, Tymensen said. “Instead of using sheets of paper with all their jobs on them, we put it into a custom iPad app for these guys to use out in the field.”

The company has also developed an app for customers that allows for tracking and auditing of ongoing work.

Before the iPad, the tree-clearing companies workers had used HP IPAQ devices to collect data in the field, Tymensen said. However, “a lot of them were still actually writing on a piece of paper, taking it home [and] giving it to their wife or children to key into this device”.

The iPad app has improved data entry and provided live information that has increased the business’s productivity, he said. Before, it could take two weeks to find out the same information about work performed in the field, he said.

Tymensen said the enhanced technical capability has increased ETS’s success in tenders. “We won the whole state of Tasmania about two years ago,” and a key reason was that “we had this IT solution that was going to give them the data they needed”, he said.

ETS plans to automate more processes in the future, Tymensen said. “We’ve still got a lot of manual forms that we use.”

All three officials stressed that an intuitive user interface is key to a successful app.

At Swisse, “a lot of testing really concentrates on the design and the user interface [to] make sure it’s as simple as possible”, said Troughear.

“It has to be simple. It has to be visual,” said Stockland’s Miller. “Simple is the answer.”