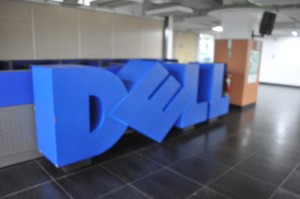 Dell’s effort to move away from PCs into enterprise products has been slow as the company battles a challenging economy and tries to weave together acquisitions in a coherent manner.

Dell’s legacy has been entrenched in the PC business, but in recent years it has focused on moving into the fast-growing enterprise segment to improve profits. Dell is pushing hot technologies like cloud and virtualisation products to link its mainstay client and server hardware business to newer business areas such as networking, storage, services and increasingly, software.

Dell’s acquisition spree over the past few years has helped reshape its strategy. Dell spent US$4.9 billion on seven companies this year, with a marquee acquisition of Quest Software, which is the “foundational platform” for the company’s evolving software strategy, said Brian Gladden, Dell’s chief financial officer, at the Credit Suisse technology conference last month.

But while Dell seems to be making the right moves, analysts said it has been slow to pull together assets from the acquisitions to simplify product lines. Many of the acquired companies are operating independently and have unrelated products, which is hurting Dell’s long-term plan to expand product sales. It could be years until such results are visible. Looking back at this year, analysts are also wondering how long it will take for the company to establish a cohesive software strategy around Quest, which offers a range of software for database management, data protection, virtualisation, compliance and security.

A challenging economy also has customers tightening pockets and delaying purchase plans, which is an ongoing issue for Dell’s integration efforts. Dell’s revenue for the most recent quarter ending on Nov. 2 was US$13.7 billion, a fall of 11 percent compared to the same quarter a year ago. Net income also dropped to $475 million during the quarter from $893 million a year ago.

The company could be biting off more than it can chew with its dozens of acquisitions, but it is trying to expand its sales reach by bringing together a wide range of products, said Roger Kay, principal analyst at Endpoint Technologies Associates

“A transition like this is not easy, and inevitably there will be a period where the gap is glaring,” Kay said. “It could take another five years for it to reach some kind of critical mass that will support the company’s cost structure.”

Dell’s acquisitions are relevant to its strategy but the transition requires that the sales force be “re-engineered” to sell enterprise products, which can be harder than building new enterprise-focused products and services, said Matthew Eastwood, group vice president and general manager of IDC’s Enterprise Platform Group.

“This is a marathon, not a sprint. But it’s a safer strategy with better potential than doing big bang acquisitions. But it does take time,” Eastwood said. “Think IBM over the past 20 years or EMC over the past 10 years versus what HP tried to do with EDS and Autonomy.”

PC demand is also falling off much faster than Dell can make up for with the enterprise infrastructure and software segment, Eastwood said.

“The recent and sudden drop in PC demand caught many by surprise. If demand stays this soft, Dell could face a call to split the company because their enterprise assets are clearly being undervalued on Wall Street,” Eastwood said.

But Dell is determined to retain its PC business to deliver a full portfolio of client and server products. Moving away from low-cost PCs, its focus now is on higher-priced computers like the XPS desktops and laptops that can deliver better margins. Homegrown smartphone sales have been scrapped in favor of higher-priced tablets like the $499 XPS 10 and $649 Latitude 10 that can be used at work and play. The burgeoning bring-your-own-device usage model is seen by Dell as key to selling more client products to enterprises, and it hopes Wyse will play a big role in that in the future.

But the biggest question revolves around Quest Software. It was acquired for $2.4 billion and is the centrepiece of Dell’s wide-ranging software strategy, which was put into play this year, noted Charles King, principal analyst at Pund-IT.

Dell isn’t a big software company and King said that rounding up Dell’s existing software assets around Quest could take a while. Dell hopes to unify software tools from acquired companies like Wyse, Kace, SecureWorks, SonicWall, AppAssure, Scalent, Make Technologies, Clerity and Boomi under Quest. The software offerings will complement Dell’s services and data-centre technology stack, which includes PowerEdge servers and a growing list of networking and storage products being acquired by the company.

Dell’s Gladden said the company is still doing its due diligence on Quest, and integrating assets is not an overnight job.

“We see it as we work through that process and due diligence of understanding the company, not only a lot of interesting portfolio products to help us in other parts of our portfolio aligned with cloud, security focus and systems management and some of the things we already have in the marketplace, but also an opportunity to run the place better,” Gladden said.

Some of Dell’s acquisitions have paid off, though. Most of Dell’s business units underperformed during the most recent fiscal quarter, save servers, which saw a shipment and revenue boost. A part of Dell’s success in servers could be attributed to Boomi and Kace, which are complementary offerings, King said. Boomi eases deployment and management of cloud applications, and provides tools to easily shuffle data between on-premise and hosted applications.

Dell is a leader in iSCSI storage with EqualLogic, and is doing well in vertical markets like education and health care with Perot Systems, both of which slipped into Dell’s operations very well.

To its credit, Dell has done better than most companies at preserving the culture of acquired companies and keeping them productive, which is in notable contrast to Hewlett-Packard, which overpaid for Palm, Autonomy and EDS, analysts said. But Dell still has issues to contend with and so it can’t afford to charge a premium for its enterprise products just yet.

“Dell is not in a comfortable position. It is not as mature in solutions as IBM or even HP, and it doesn’t have the brand premium of Apple, but my sense is that if it sticks to its knitting, the company can ultimately be successful,” Endpoint Technologies’ Kay said.

Gladden said Dell will not spend as much on acquisitions in coming years as it did this year, but he is optimistic about the company’s future.

“As we’ve seen the year play out, you’ve seen a lot more of our customers really delay purchases given the macro environment. We still really feel good about pipelines and opportunities across the enterprise portfolio,” Gladden said.