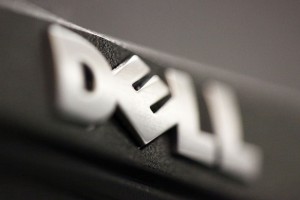 Dell’s plan to buy Wyse Technology is an effort to boost its client hardware portfolio and protect the company from the effects of the recent slowdown in PC sales, according to analysts.

Wyse provides thin-client hardware and related software tools for virtualised and Web-based computing environments. With PC sales declining, Dell had to boost its thin client portfolio not only to keep enterprise customers engaged, but also to catch up with competitors like Hewlett-Packard, analysts said.

Thin and zero-client devices are alternatives that could help companies move to virtualised environments and the cloud, and Wyse provides the expertise, distribution channel and intellectual property, said Jeff Clarke, Dell’s vice chairman and president, global operations and end-user computing solutions, during a conference call.

“The momentum around alternative computing is a trend that we see many customers continuing to experiment with and in many cases, beginning to deploy. The adoption rates are still relatively low for desktop virtualisation, but there clearly are a lot of customers out kicking the tires,” Clarke said.

The adoption rate of virtual desktops is growing at a rate somewhat similar to server virtualisation close to a decade ago, Clarke said. The technology is especially gaining importance in the heavily regulated environments of government, financial services and health care, where data security and management rules are especially strict, he said.

“I would emphasise we don’t see the entire world going to thin clients, we still think there’s a healthy PC demand in the industry. And there’s a balance of alternative computing that allows people to take advantage of securing their information, managing their assets in a very differentiated way,” Clarke said.

Wyse was once a competitor with Dell, and sported a logo with the moniker “no PC” to describe some of its thin-client products, said Tom Mainelli, research director for mobile connected devices at IDC.

The logo has now been removed from Wyse’s website, though a webpage on Google cache still shows Wyse using the logo as a way to describe cloud-computing thin client products.

The virtual desktop has changed over the last few years and has taken on a more cloud-like approach, Mainelli said. Multiple virtual desktops were previously centrally managed by a dedicated server, but now have more flexibility with content and services delivered through virtualised servers.

“I would argue that Dell is buying Wyse because Dell has been traditionally weak in the thin-client market,” Mainelli said.

The PC slowdown comes as customers transition from PC infrastructures to virtualised and cloud-based environments, said Krista Macomber, an analyst at TBR, in a research note. Wyse provides products that efficiently link endpoints with servers, storage and networking.

“The infrastructure demands of virtualisation allow Dell to now focus on areas of IT such as servers and storage that are growing more rapidly than PCs,” Macomber said.

While Wyse’s hardware products are inexpensive, companies end up spending more on infrastructure tools to keep the virtual desktop up to speed, analysts said. That could prove to be a more profitable proposition for Dell than PCs.

Dell is also building its client computing portfolio to catch up with competitors like Hewlett-Packard, which already offers a range of PC and thin-client options, said Mark Margevicius, vice president and research director for client computing at Gartner.

Dell has been building its virtual desktop product portfolio internally, but with a very PC-centric approach to the market, Margevicius said.

“The results were lackluster, and for the most part not attractive to customers,” Margevicius said, adding that Wyse provides the instant expertise and a large distribution channel for Dell’s existing virtual desktop products. Wyse holds more than 180 patents and has 3,000 resellers in the channel.

As a smaller vendor, Wyse has also struggled to compete with HP on larger deals, Margevicius said. Dell could provide Wyse some heft and credibility to compete on sales to customers that would otherwise be hesitant to deal with a niche vendor.

Dell did not disclose what it’s paying for Wyse, but financial analyst firm Sterne Agee estimated that it may be between US$400 million to $600 million. The transaction is expected to close in the next fiscal quarter, which will be reported on Aug. 21.