In a bid to ease traffic congestion, reduce the hassle of vehicle ownership and encourage commuters to opt for a cost-efficient route to work, Dubai’s Roads and Transport Authority has partnered with ekar to introduce a pay-by-the-hour car rental service. 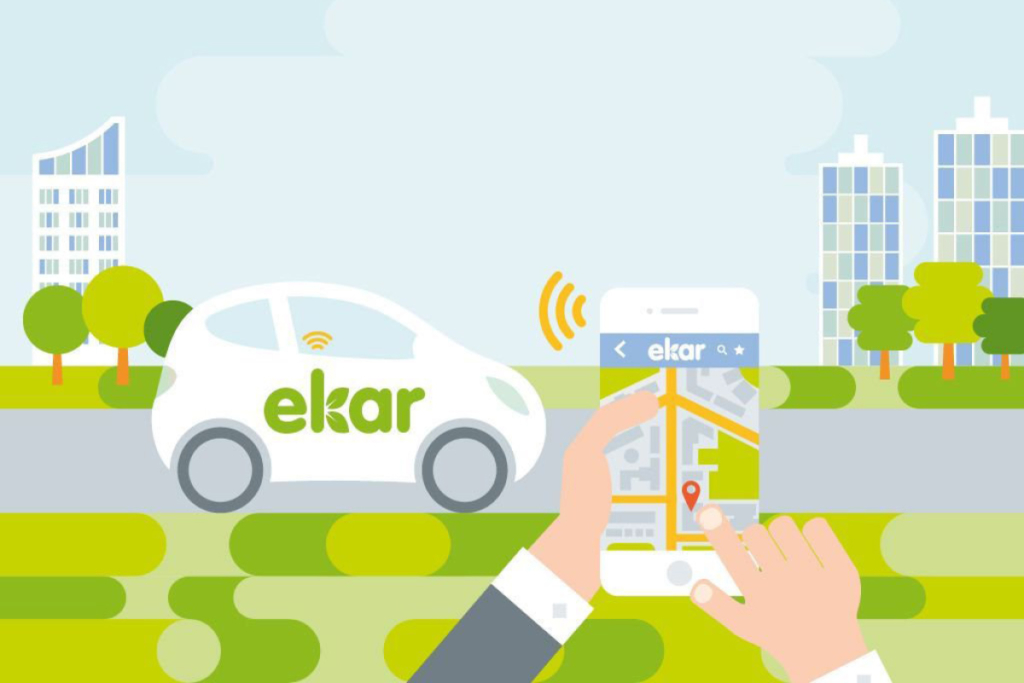 While the Dubai Metro is a cost-efficient and snappy means of commuting from A to B, it’s straight-line approach means that there are a number of areas within the city that are still currently unreachable.

Despite over 329,000 riders still utilising the service on a daily basis, this “last mile” issue of having to take a bus or taxi at either end of the journey can often act as a deterrent to using the service altogether. In an attempt to tackle this issue, the RTA has partnered with ekar and UDrive to implement a fleet of 200 cars – with 100 being provided by each company – across the emirate under the new ‘Smart Rental Service’ initiative. Launched in January in the presence of HE Mattar Al Tayer, director general and chairman of the RTA board of executive directors, this concept of car-sharing is one that has already been tried and tested outside of the UAE, with Germany’s success story ‘Flinkster’ now involving a total of 4,000 active vehicles across the country.

With the RTA and ekar partnership, vehicles can be booked via an app or through the mobile site, and then collected from easily accessible locations: either from one of the stations on the Dubai Metro, or from various popular locations throughout the city. ‘ekars’ can be rented for a maximum of six hours, and cost AED24 per hour for a round-trip back to its pick-up location, or AED30 for a one-way trip to an alternative drop-off station.

The car-sharing concept is one not to be confused with car-pooling. The initiative allows users to rent cars for a short period of time in a self-service environment. In contrast to a traditional car rental service, ‘ekars’ are not inspected or cleaned after every use, and instead, drivers are handed the responsibility of maintaining high standards of cleanliness.

“The average ratio to be an effective car-sharing operator is one car for every 50 users, and our research shows that for every one car shared, we could take 17 off the road,” said Vilhelm Hedberg, CEO, ekar, at the launch. “Through this visionary car-share scheme, we will provide the freedom of driving a car without the hassle that ownership gives.”

ekar has been operating the rental service for the past nine months in collaboration with Etihad Airlines in Abu Dhabi, and recently extended its presence to Dubai to work with Emirates.

“Cabin crew are only in residence for approximately 10 days per month, so it may not be practical or cost-effective for them to own a car or even rent a car for the entire duration of their stay,” Hedberg said. “The beauty of us working with Etihad and Emirates is that cabin crew accommodation parking lots are often empty, which has allowed us to negotiate implementing our stations in their otherwise empty car parks. When the airlines are now looking to recruit new staff, our rental service is included as a benefit in the brochures alongside the standard accommodation expectations such as a gym or pool.”

In order to see the full economic impact of the solution, Hedberg’s focus has now shifted to taking the service to the general public through the RTA collaboration. Users can register online by uploading double-sided images of their licence and Emirates ID, along with a selfie of themselves with their ID for security purposes. Once registered and assigned an ekar, users are able to unlock the car via the app when within a 50 metre radius of the vehicle, and can retrieve the key from inside the glovebox using a personalised PIN in order to begin their journey.

Abdulla Yousef Al Ali, CEO of Public Transport Agency, RTA, explained that the target audience for this project was those with a licence but who only need a car for minimum usage.

“Many people are currently avoiding public transport because of this ‘last mile’ issue, so we’re working towards a new direction to re-engage people with this option,” he said. “In three months, we will evaluate the service before we look at developing it further, but we believe it will be a huge success because it’s something that the market is really in need of right now.”

Hedberg revealed that phase two of this project would involve introducing electric cars into the fleet, which could be charged at the docking stations throughout Dubai.