The blockchain hype keeps growing and governments are starting to take notice. Widespread adoption of the distributed ledger technology remains a long way off, but it could help address some major public sector challenges. 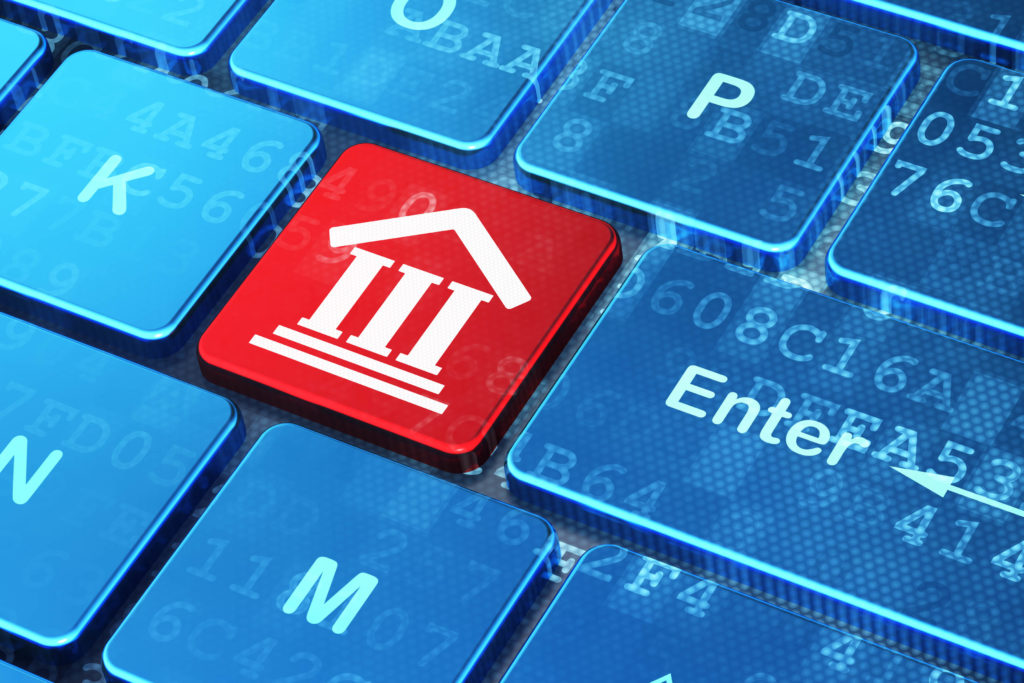 “Blockchain offers governments a fast, secure, efficient, transparent means of being able to deploy government services and communicate with their populations,” Dr Jane Thomason, the CEO of research firm Abt Associates-Australia, argued at the London Blockchain Week.

“This is the panacea. This is what we’re going for,” she added.

It could provide easy and secure permission to access public sector data and use digital IDs to support simple on-boarding for services, benefits that a number of tech-savvy governments are already exploring.

Use cases for blockchain in government

Eastern European governments have often led the way on blockchain adoption, most notably Estonia’s, which has been testing the technology since 2008. Since 2012, it has used blockchain across registries including national health, judicial, legislative and security.

Georgia’s government has also experimented with blockchain, in a land registry project developed with the Bitfury Group.

It previously took three to four days for the government to process a citizen’s land title, a slow process that didn’t evince full trust from its users.

Around four million land entitlements have since been added to the new platform, which is anchored to a bitcoin-like network that provides proof of the transactions.

“We’re able to process around about 3,000 transactions by the second and a clearance time of around 2.5 seconds for any transaction,” said Willem-Jan Bruin, director, Western European blockchain-based solutions at BitFury Group.

Lithuanian MEP Antanas Guoga has made investments of his own in blockchain, and believes the general authorisation of documents will be the most successful early use case for the technology.

“Everything can be on blockchain; when you purchase your title, whenever you’ve had a service done that’s important, whenever you’ve been to the doctor and you have to show your insurance numbers,” he suggested.

Ashley Fox, the MEP for the Southwest of England and Gibraltar and leader of the British Conservatives in the European Parliament, adds access to criminal records to the list.

Employers who need to check these records in the UK currently have to contact an agency in most cases, a slow and costly process that blockchain could completely transform.

“Individuals would know what the state held on them and could then grant access to a school or a nursing home, and that whole process would be speeded up enormously, and that would grant great reassurance to citizens and to future employees,” said Fox, a member of the European Parliament’s all-party Innovation Group.

Thomason from Abt Associates-Australia is also enthusiastic about the potential for blockchain voting, which the Flux party in Australia is using for its voting systems.

However, to put this into practice, the platform would first need to gain the elusive trust of both citizens and government.

Challenges to government adoption of blockchain

There are currently numerous constraints to widespread adoption of blockchain. Governments are particularly worried about cyber security, the dark web and regulatory compliance.

They will also be concerned that the pathway to adoption will be costly and complex. To overcome this barrier, both Bruin and Fox recommend starting with simple pilot schemes that can demonstrate success to attract support for further applications.

“You’ll find that most politicians are really very nervous of using new technology, of introducing new schemes, because they’re fearful of what will happen when it goes wrong,” said Fox.

“So I think governments will be quite slow to introduce blockchain technology, even though it has great potential.”

Citizens will also be concerned about their privacy and the security of the system, particularly when the hype hits its peak and crashes down to reality, as the cryptocurrency collapse recently proved.

The bitcoin boom attracted investment from many members of the public, and the bust then lost their trust.

Their anger could also trigger a draconian response from governments.

Tips for government use of blockchain

Gibraltar has made some early inroads of its own with the technology, including the Gibraltar Blockchain Exchange, a subsidiary of the stock exchange plans. Its government plans to soon create a new a licence for startups working with blockchain.

Fox attributes the territory’s success to its focus on quality.

Gibraltar takes a principles-based approach to regulating its gaming industry, with a focus on honesty and integrity that mean nine out of every 10 licences are turned down. If they later misbehave that licence will be taken away.

“It’s just impossible for politicians to draft a law that’s going to deal with every eventuality in the future, and I think that were we to try we would fail,” he explained. “So I think a principle-based approach is entirely right.”

Lithuanian MEP Guoga believes that blockchain will develop best if government limits regulations and allow it to be tested in real environments. “This is where we have to let people in and be open-armed,” he said. “Give leeway and allow them to develop.”