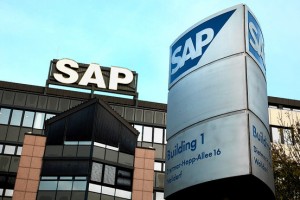 SAP will announce its first-quarter 2013 earnings on Friday, a report that will get heavy scrutiny from company watchers. Here’s a look at some of the more important topics that should come up during SAP executives’ conference calls with press and analysts on Friday.

HANA pricing changes: SAP recently added some flexibility to the way it prices HANA, the in-memory database platform that’s at the heart of its development efforts moving forward. The company has said HANA is the fastest-growing product in its history, so additional context for the pricing changes could be given on the earnings conference call.

But SAP was also recently accused by a stock analyst of inflating HANA revenues through some financial number-juggling. While it’s doubtful SAP wants to revisit this allegation, which it has strongly denied, the topic may come up again during the call.

Cloud and mobility momentum: SAP invested big in cloud software with the acquisitions of SuccessFactors and Ariba, as well as mobile application development and management through the 2010 purchase of Sybase. It has also devoted plenty of effort to its internally created cloud applications, such as Business ByDesign and Sales on Demand. Revenue totals as well as hints about future direction for both of these areas will be closely watched, as they represent relatively new lines of business for SAP.

Big ERP suite deals, or lack thereof: SAP’s overall results will reflect the mood of software buyers around the world.

But it will be especially notable if SAP announces major deals that were signed in the first quarter for its Business Suite ERP (enterprise resource planning) software.

If it appears many companies are making the sizable and long-term IT investments that typically come with a Suite project, versus purchasing point products and add-ons, that could be a positive sign for the global economy. However, a lack of big ERP deal announcements may be equally telling.

Database wars: A second potential topic of discussion regarding the Suite concerns customers who are planning to port the software to HANA. SAP is hoping to eventually use HANA to take market share away from Oracle, whose database is widely used among SAP customers. In a recent interview with IDG News Service, Oracle co-president Mark Hurd wished SAP “good luck” in that endeavor.

SapphireNow sneak peek: SAP’s major conference, Sapphire Now, is scheduled to kick off next month in Orlando. While as usual, most of the big announcements set for the show will be kept under wraps, on the call executives might drop some hints about what’s in store. One recent bit of speculation has SAP announcing a private cloud hosting service, powered by HANA.

SAP is also expected to showcase startup companies that have built commercial applications on top of HANA.

Social software wins: In October, SAP made a big announcement in the area of social software, revealing a new enterprise social networking platform that combined the Jam software it gained from SuccessFactors with its own Streamwork software.

If SAP is landing big deals for its social offering, particularly against Salesforce.com, expect to hear about it on Friday.