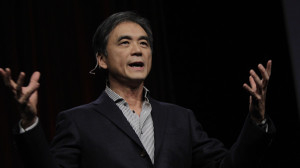 The timing of Aruba Networks’ EMEA Airheads Conference 2013 in Alicante, Spain, shortly after news of falling profits, meant the knives were out. Aruba’s CEO and CTO promised to “fire back” at Cisco, which they accused of unfair and underhand tactics.

Whilst this conference was largely about Aruba’s technology, there’s no doubt there were also some scores to settle.

The wireless-networking vendor’s revenue over recent years has grown in parallel with the proliferation of mobile devices, and the increasing preference of wireless over wired lines.

However, its profit for the latest quarter fell a greater-than-expected 31 percent, signalling its shares to plunge on the stock market. Whilst revenue grew to $147.1 million for the period ended April 30, it reported a loss of $20.2 million, compared with the $6 million profit it enjoyed a year earlier.

“We have been growing as a company about 20 to 30 percent every year, but last quarter we only grew 12 percent, and Wall Street was disappointed in our stocks drop,” said Dominic Orr, CEO, Aruba Networks, who addressed Aruba customers and partners at the conference.

One of the reason for this, according to Orr, was tactics by Aruba’s main competitor, the behemoth Cisco.

If its accusations are to be believed, Cisco supposedly compensated its late arrival into the rising wireless market by “attacking” it with unethical discounted offerings through the form of bundles.

“I think for the first time in their 30-year history, [Cisco] accepted that wireless actually is the future, so it has been shifting its sales force to start to attack wireless,” Orr said. “They have become very alarmed that Aruba has big architectural benefits.”

By offering these drastic discounts, Cisco ensured Aruba projects were delayed and therefore not counted in the all-important quarterly earnings call, Orr said.

Keerti Melkote, CTO, Aruba Networks, said the situation stemmed from the overall “macro slowness” witnessed by much of the IT industry, including Cisco.

“What big companies do when such a time comes is they bundle different products and say if you buy all of this, I’ll give you a better discount,” said Melkote, who also co-founded Aruba. “This is something we have been fighting forever now.

He compared the situation to the famous court case involving Microsoft’s supposed attempts to bundle Internet Explorer with Windows and subsequently monopolise the browser market. Microsoft was found guilty of monopolisation, “but it was too late because Netscape was dead,” Melkote said.

However, he also claimed Aruba has been competing against bundling for 10 years, and it only became a big problem this year because the enterprise decision-making process changed.

“Normally our decision-making process is under the CIO, so the networking guy, VP of infrastructure and CIO make the decisions, and usually it doesn’t go beyond that,” Melkote said. “But in desperate times, when these big bundles comes together — I’m talking about a $10, 20, 30 million bundle, not $1 or 2 million — the CFO gets involved because it’s a big deal.

“The CFO usually tells his CIO to take a look at it once more. Then there is another round of justification and selling that needs to happen before you can close the deal. That causes a delay, so instead of a deal closing April 1, it closes May 1. That, to us, is elongation of the sales cycles, and we just need to plan for that better.”

Despite all this, Melkote said the bad results have not bothered Aruba’s existing customers.

“None of our customers have complained,” he said. “Our stock price went down $2, and we still had customers.

“It always helps to have a good stock price for employee morale more than anything else, but the customers don’t seem to care a whole lot actually. I don’t think we’ll go straight back to our previous levels of growth, but we are definitely planning to go back.”

Orr added: “We expect that this quarter we will continue to capture those projects that slipped out, and to fight back.”

He went on to list four major differentiators that he believes Aruba holds over Cisco.

“One is 11ac — real 11ac, not toy 11ac,” Orr said to sniggers from the audience. “Second is Aruba Instant, which is a very strong offering for the midsize and small branch environment.

“Third is ClearPass, and there is no contests here. Then, particularly for the public-facing enterprises, with the high-density, high-interference, location-based projects, we are having a very strong offering, particularly now with the Meridian addition.”

Orr was referring to the recent acquisition of Meridian Apps, which creates indoor location-based mobile applications for public-facing enterprises, like shopping malls, convention centres and museums. Aruba hopes this will prove a strong value-added service to complement its wireless offerings.

“So I think those are the four missiles we have to fire back, and I think we will win,” he said.

Where the market goes now is anyone’s guess. Aruba believes organisations that are being lured by Cisco’s cheap bundled offers will soon realise the technology is not as strong as its own, and that the market leader’s tactics are not only clear signs of worry, but also unsustainable in the long term.

On the other hand, Cisco’s recent comments regarding WLANs, and CEO John Chambers’ very vocal commitment to growing that part of the business, may not bode well for Aruba. Melkote believes this declaration was a “sign of desperation” from Cisco.

“They admitted it themselves,” Melkote said. “John Chambers said the world is moving from wired to wireless. Until now, they were basically blind to wireless. They said wireless doesn’t exist, but they can’t ignore it anymore.

“I think if you look at their business, the bright spots that grew were data centre, wireless and video for the service provider. Nothing else grew. Everything else shrank — routers, switches, unified communications, telepresence. Ultimately, wireless is cannibalising their wired business in a big way. That is a structural change and they’ll have to fight for additional business.”