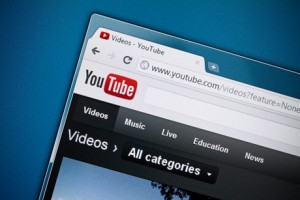 Much has been spoken of the benefits of using Facebook and Twitter for a company to reap the rewards of the social revolution. However, YouTube also has great potential as a business tool for enterprises, according to Matthew Glotzbach, MD at YouTube EMEA.

Many people see YouTube as a place to watch funny videos or listen to music, but Glotzbach says the website, which is owned by Google, is a powerful medium for a company to engage with its audience.

“It obviously varies significantly by the type of enterprise, but creating a channel and presence on YouTube – not just to advertise your products but to engage your audience – can give you great business benefit,” he says.

Glotzbach goes as far as saying companies should be investing in a professional to capitalise on the “video revolution” and says in a few years social media and online video will be as engrained in the fabric of a business as internet is now.

“You can make the parallels to the emergence of the internet. If you go back 10 years ago, there was this idea that you needed people who understood the internet, which some people bought into. It’s ludicrous now to think of having an internet department – that department took over the whole market,” Glotzbach says.

“With online video, and YouTube in particular, you have to think of that in a similar way. Yes, you can take traditional TV adverts and put them on YouTube, but you’re not really embracing the platform in terms of the potential for a two-way conversation, which is where you’ll see the most business gain,” he adds.

Glotzbach especially emphasises the potential of YouTube in the region. In April Google announced the launch of YouTube.co.ae – the local UAE domain of website – and from April 22nd advertisers were for the first time able to direct adverts on YouTube specifically at MENA users.

YouTube.co.ae is initially allowing advertisers to engage with the local audience through video ads on the homepage.

“We’ve had a number of MENA-based advertisers that have engaged globally, but this is the first time in the region they can actually engage on an advertising basis with the local audience,” he says.

A later phase, of which the data has not been announced, will see the local introduction of ‘pre-roll’ adds – which are video ads that role at the start of a video – and ‘trueview’ ads – which users are able to skip and advertisers just pay for every video that is viewed.

“This is just the first step – there is plenty more to come. Our goal is to continue to innovate in this space. Ultimately we believe that we can build ads that users love,” Glotzbach adds.

YouTube videos get over 167 million views per day in the MENA region alone – a 120% increase in the last six months.

“In the MENA region we’re at one hour of video being uploaded per minute. It’s just phenomenal how video is engaging each platform – and YouTube is at the centre of that,” he adds

Glotzbach marks MENA as one of the most exciting regions for YouTube.