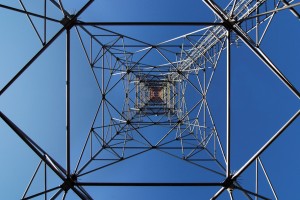 With the advent of 4G, operators are being forced to revamp their backhaul strategies, or risk being left behind.

Mobile operators in the region are faced with key challenges that are driving the need for more bandwidth to the end-user devices. This includes enhancing coverage spanning dense urban, suburban and rural areas, and in markets like the Middle East where pre-paid services are dominant, value-added data services need to be geared to lower-speed bandwidth. Another challenge is that potential exponential increase in data traffic once higher speeds are enabled will not necessarily translate into higher data average revenue per user, and network OPEX will need to be carefully contained so that it does not grow disproportionately with traffic demand growth.

The combination of these challenges means that operators need to offer scalable bandwidth but at tariff schedules that resemble a combination of flat-rate plateaus with specific usage caps. Without the scalable bandwidth in backhaul, operators will not be able to balance OPEX and CAPEX, and could find themselves in non-competitive situation of being able to offer new multimedia-rich wireless services because of incremental bandwidth constraints.

“Without such a transformation of the wireless backhaul, the promise of 3.5G and 4G systems such as LTE will not be feasible. The emergence of bandwidth-hungry devices such as Apple’s 3G iPhone and Google’s Android-operating system-based devices means that mobile operators need to begin the transformation to NGN in the backhaul urgently in order to avoid being branded as obsolete,” says Bill Rojas, research director for IDC. .

The implication of the exponential increase in mobile data traffic on the backhaul is daunting. “Mobile networks need to be prepared for large surges in data volumes. While data traffic continues to increase and drive network investments, mobile operators are faced with the challenge of optimising their investment in mobile technologies including backhaul,” says Hilal Halaoui, partner with Booz & Company.

Johan Martensson, chief network solutions lead, Ericsson, offers a similar perspective: “As the offered peak capacities increase in WCDMA/HSPA and with the introduction of LTE – the backhaul must be upgraded accordingly.  Microwave technology handles the increased capacity in the Last Mile.  There will be an increased need of fibre in the backhaul networks but not necessarily all the way to the base stations.”

Today, much of the backhaul discussions centre around microwave, which has played a prominent role in mobile backhaul representing nearly 50% of global backhaul deployments historically. Now, the question is what will be the impact of 4G technologies on microwave backhaul.   “If LTE and 4G were to evolve using mainly macro cell network access architectures, as was the norm in the past decade for 2G and 3G rollouts, then we would probably see a slow and steady decline in the use of microwave radio technology for backhaul, since the business case for fiber build-outs to the macro-cell become stronger as the traffic increases,” says Saad Khan, regional managing director for Ciena.

Graham Owen, regional sales director of Cambium Networks, says LTE and 4G will have no negative impact on microwave radio backhaul. “In the future backhaul systems designed to support LTE will have to focus more on higher capacities and lower latencies. It is important that each operator look at backhauling as an individual merit. Excessive interference can take down a backhaul link. It is imperative that the backhaul solution be engineered to mitigate interference as much as possible.”

At a time when data traffic is exploding, having a right backhaul strategy is a matter of survival for mobile operators. An operator could deploy a state-of-the-art access network, yet not benefit from its full potential if it compromises on the backhaul technology. “The selection of backhaul technologies needs to be an integral part of what the operator plans to deliver through the network. While fibre could be the optimal backhaul technology from a performance perspective, several factors need to be considered when developing a backhaul strategy including existing technologies, cost (capital and operating expenditures), traffic growth, user profiles, among others,” says Halaoui.

Meanwhile, the concept of operators to share backhaul facilities is also gaining traction. “It is getting more and more popular to look at different sharing possibilities to reduce Capex and Opex.  Different parts of the network can be shared and several business models can be used for sharing.   The most straight forward type of network sharing is probably site and cackhaul sharing.   Since site and backhaul is less business sensitive than radio or core but still constitutes a fair amount of the network cost site and backhaul sharing is a natural interest area of mobile operators,” says Martensson from Ericsson.

While capacity sharing on fibre is very common, and most countries looking at fibre networks at a national level, where one network is shared by multiple service providers, sharing is less common for microwave. “What we actually observe is full RAN (Radio Access Network) sharing – Microwave backhaul would be part of the sharing agreement. Network sharing is increasing in popularity, especially in countries with large geographies and low average revenue per user,” says Halaoui.

With LTE just around the corner, which could see peak capacity of more than 100-150 Mbps per cell site, operators who choose to deploy LTE could be facing huge bandwidth requirements that will invariably put enormous stress on the existing backhaul and transport infrastructure. Being prepared now would be a smart choice for the players involved.