I was shocked to hear recently that an established telecoms company had lost revenue because its billing system wasn’t backed up and that another company had opted not to include important data in its normal backup routine in a bid to save money. Unfortunately, in both cases, these fatal mistakes weren’t spotted until it was too late, and then heads rolled. Over a decade into the new millennium, why are people still losing their jobs and organisations still losing money because backups have failed?

Some argue that the cause for any short fall is that data centres have become more business critical and complex in equal measures.  Others suggest that the problem lies in looking at backup policies and systems in isolation, thereby storing up trouble and cost down the line. The most common reasons for backup failure in my opinion is a mix of insufficient planning, research, automation, training, and inappropriate spending.

The problems arising out of a lack of planning and research often have their roots in over-worked teams and organic growth. Constant fire-fighting drives point solution purchases which feed a vicious circle – more point products take more time to manage. The knock-on effect essentially leaves IT management teams with a complex set of tools that are difficult or impossible to automate, and this in turn puts pressure on human processes that are wide open to error.

Even when time is set aside to research appropriate solutions, it is often focused on detail rather than the bigger picture. Backup needs to be seen as part of a wider Data Management strategy that draws a direct link between data protection and data value. Taking a blended approach to backup -where snaps, replication and tiered storage all play their part – may sound like a recommendation for point products but it isn’t.

It’s widely accepted that automation can dramatically reduce human error, so the benefits of using software to manage hardware protection operations, such as snapshots, and to integrate this capability with traditional backup and dedupe should be clear.

All this may sound complicated and expensive but appropriate spending is the key. Although budgets are tight and getting tighter, lack of investment in effective backup and recovery only serves to limit the insurance net it provides for valuable company information. Allocating significant funds to store snapshots for a year on all tier one disk may seem like a good idea but it won’t prove to be cost effective – believe me, I know of organisations that have tried it as a knee-jerk reaction to data loss. The sad thing is that a modest investment in some software and training would have been much more effective.

Ultimately the technology for effective data protection is available and doesn’t cost as much as you may fear. Neglect backup at your peril. Your livelihood may depend on it. 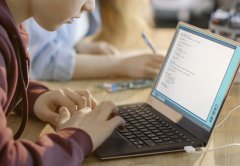 Why techno enthusiasm works for schools