Plenty of drivers in the UAE will have wished, when sitting behind the wheel in the middle of a traffic jam, that they were using public transport instead. 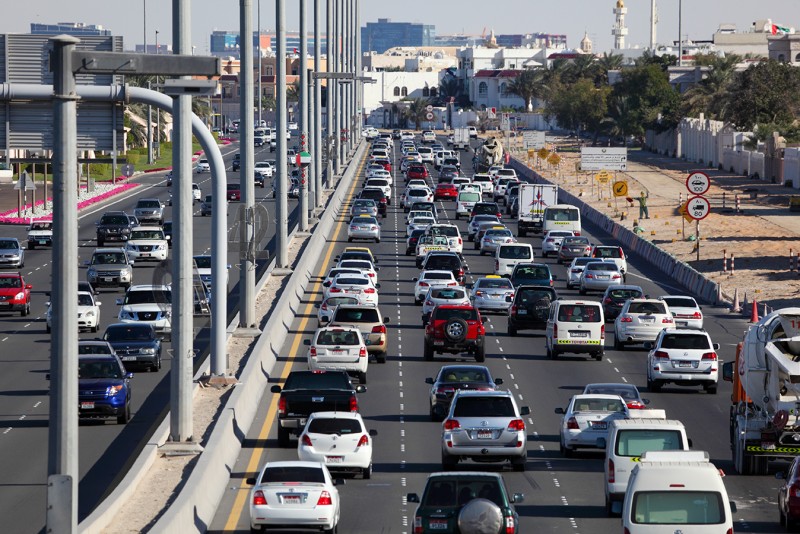 The German electronics and engineering giant Bosch, along with a number of partner firms, has created an app that can help people get out of their vehicles and into the most appropriate bus, train or other mode of transport. It also ties in with ride-sharing schemes.

Known as moveBW, the app employs real-time data to determine the best way through a city. Developed for use in the Stuttgart area of Germany (part of Baden-Wurttemberg state, hence moveBW), it was launched in test form in July last year, with full operations due to begin this October.

“With the moveBW app, we want to get that information to the user as best as we can,” said Dr Nico Weiner, a product manager in Bosch’s Innovation Cluster – Connected Mobility.

Dr Weiner said the app can help the user to buy the necessary public transport ticket and to reserve a space for their car in a nearby car park.

The app can also give information on the traffic situation on particular routes, helping drivers to avoid congested areas. It takes into account requests from the authorities to encourage drivers to avoid particular areas in order to reduce pollution.

“The app will be rolled out in October. It’s almost 100 per cent developed; we’re stabilising over the next months,” said Dr Weiner.

“We want to carry that product into other countries, other regions as well. We’re discussing with other countries European-wide and even world-wide.”

Linked to moveBW is a concierge service that helps drivers to identify, for example, the nearest bank, and to make reservations at the cinema or a restaurant.