Toshiba has announced the latest addition to its SV series line up of 3.5 inch hard drives for surveillance applications. The new model MD06ACA-V is available in capacities up to 10TB with a higher transfer rate compared to previous model MD04ABA-V models, helping to enable support for higher resolution camera streams to meet changing compliance mandates for surveillance data. 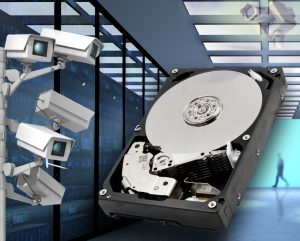