Last month, the latest edition of the Gartner Symposium gathered more than 500 Chief Information Officers, Senior IT executives and other key decision makers from a wide variety of industries to discuss the growth of Digital Business. 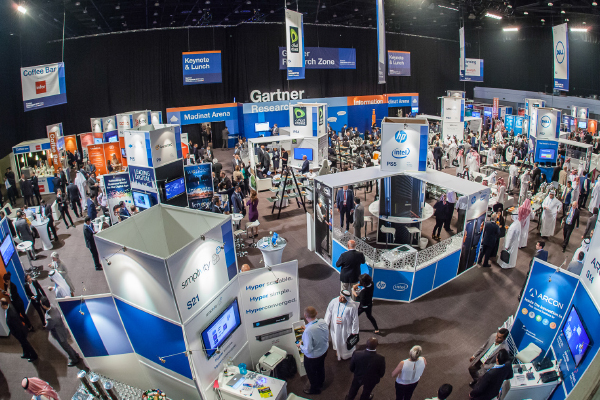 Held at the Mina A’Salam Hotel, Madinat Jumeirah in Dubai from 19th-21st May, the Symposium ITxpo 2015 aimed to address the blurring lines between the digital and physical worlds, and how they are redefining the role of IT. Speakers urged CIOs and other captains of industry to explore ways to harness the potentials of the digital environment to help enhance business’ bottom line.

During the event, Peter Sondergaard, Senior Vice President and Global Head of Research, Gartner, provided the latest outlook for the IT industry today. “Business intelligence and analytics, infrastructure and data centre, and cloud are the top three CIO technology priorities in the Middle East region. Sensor enabled technology and the Internet of Things are on the radar with no action planned and or is in the medium to long term planning. Robotics and 3D printing are not yet priorities in the Middle East in 2015.”

He also discussed how the digital business economy is dramatically impacting the IT industry, citing the fact that over 650 million new physical objects have come online. Moreover, Gartner sees that number doubling in 2015. Furthermore, he mentioned that Gartner sees digital business as a new business design that blends the virtual and the physical worlds, changing how processes and industries work through the Internet of Things. He stated that this year, analysts expect enterprises to spend over $40 billion on designing, implementing and operating the IoT.
Further into the event, Sondergaard highlighted the prevalence of bimodal IT capabilities among CIOs and digital leaders, explaining how leveraging this capability allows IT functions to fill the digital divide between what IT provides and what the enterprise really needs. With mode one being the traditional method in which the supportive systems must be reliable, predictable, and safe; and the second mode as non-sequential which puts emphasis on agility and speed as disruption can occur at any time.

Using smart machines as an example, Sondergaard explained how digital business causes disruption. “Smart machines are an emerging “super class” of technologies that perform a wide variety of work, of both the physical and the intellectual kind,” he said. “For example, school computers have been grading multiple tests for many years, and now they are grading essays, unstructured tests that require analysis. Not only is the grading more accurate, but students actually worked harder on their essays when they are graded by a smart machine.

“Other professional tasks won’t be far behind; financial analysts, medical diagnostics, and data analytics jobs will be impacted. Knowledge work will be automated,” he added.

Attendees of the Gartner Symposium ITxpo 2015 also got a chance to benefit from workshops and roundtable discussions. The event featured an exclusive keynote CIO presentation from Cornish Innovator and Adventurer, Pete Goss; and, most notably, guest keynote speaker, Steve Wozniak, Co-Founder of Apple, Inc. and Chief Scientist, Fusion-IO.

David Willis, Gartner VP and Distinguished Analyst introduced Wozniak on day two of the event. “Everybody knows, everybody loves Steve Wozniak,” said Willis. “Of course we know him as the co-founder of Apple. He was the principle, sole designer of the Apple I and II. Did you know that before that he used to hack the telephone system, just for fun? Did you also know he founded the first company to market the universal remote control? He also founded an Internet of Things company back in 2001, before anyone was talking about the Internet of Things. He’s a beloved technology personality. We all have Steve to thank for making technology approachable for normal people.” During the live interview, Wozniak said of Dubai, “Everything here is first-in-class.” The founder sat down with CNME after the show, to view the full interview click on http://www.tahawultech.com/insight/interview-steve-wozniak/