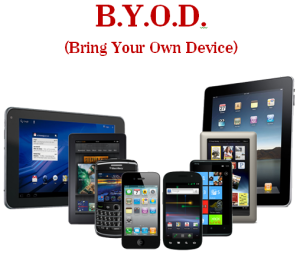 The bring-your-own-device (BYOD) trend has taken the world by storm, with many commentators labelling it an unstoppable force that the enterprise must come to terms with. Despite this, though, large numbers of Middle Eastern organisations are still in the dark about how to tackle BYOD, and indeed wonder if they should tackle it at all.

It came as little surprise, then, that the region’s leading CIOs and IT managers turned up in droves to the inaugural BYOD Summit 2013, which promised to dispel the myths surrounding BYOD, as well as offer guidance on how to proceed with a BYOD programme.
The agenda was packed with some of the region’s leading speakers, who covered BYOD from all angles, speaking about it conceptually as well as practically.

Khan began by referring to the pre-2009 and post-2009 way of doing things, explaining that BYOD had emerged largely as a product of the advent of the iPhone. A consumer-centric and increasingly tech-savvy workforce has since demanded to use the latest devices in the workplace, and CIOs are grappling with how to manage these smartphones and tablets.

“Before, IT brought technology to the end user, but now, the end user brings technology to IT,” he said.
That said, Khan added that this new way of doing things need not worry CIOs, so long as the right management strategy was in place. He ran through a number of mobile device management (MDM) solutions now available to organisations, and included use cases to help uncomplicate the concepts.
Khan’s well-delivered presentation certainly got the attention of the conference hall, and no doubt he had already convinced quite a few visitors that perhaps it was worth investing in BYOD properly. However, the tables were turned as the next speaker, Arun Tewary, CIO and Vice President of IT, Emirates Flight Catering, took to the stage, proceeding to largely disagree with Khan.

Tewary’s take on BYOD was that it should be resisted as much as possible―it was too much of a headache for CIOs, and he doubted that BYOD would even lead to greater worker productivity. This opinion flew in the face of the other speakers, and would ignite much debate during the later panel discussion. He admitted that he would probably have to give in at some point, but for the moment, he believed resisting BYOD was the best way to go.

Following Tewary’s talk, the audience was treated to yet another difference of opinion. Jaison George, CIO, KPMG Lower Gulf, delivered a presentation about his own organisation adopting a mobility platform, which he called the trueMobility platform. His new system, implemented this year, allowed for BYOD, and dramatically increased worker productivity, he said. For the employees at his organisation, the ability to complete work through a mobile platform they are comfortable with was of the utmost importance.

Just before the panel discussion and the end of the day, Joseph Aninias, Manager, Information Technology and Telecommunication Services, University of Wollongong in Dubai, spoke about where he saw the BYOD trend going. Perhaps not quite as skeptical of BYOD as Tewary, Aninias still urged caution before jumping head-first into a BYOD programme.

The day had provided a smorgasbord of various views on BYOD, and had led to some valuable insight into how Middle Eastern businesses are reacting to the trend. And just as the event’s speakers had different ideas about how to tackle BYOD, no doubt the visitors walked away with a few ideas of their own.