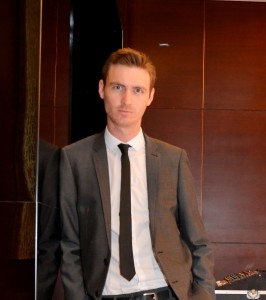 Mobile is the ultimate craze sweeping across the IT galaxy, but even though IBM recently announced its first MobileFirst software portfolio, aimed at helping customers embrace the mobile trend, Mike Riegel, Vice President, MobileFirst and WebSphere marketing, tells me that those drawing the curtain on the traditional PC might want to check the pulse first.

There’s no question that companies recognise the impact that mobile devices can have on the market. From a developers perspective this has resulted in a huge wave of mobile focused products. Take Microsoft for example – closing the door on its traditional operating system and reinventing a new one that is coincidentally ideal for a touch device – Windows 8.

And it’s also no secret that PC sales are down, and tablet sales are on the rise. People want mobile. People want to perform tasks in a simple way, quickly, with flexibility and preferably with one hand. PCs do not particularly offer these things. There’s start-up times, web navigation, and obvious movement restrictions.

The point is that now mobile is the primary source of communication, for the first time. We use mobile devices to speak to family, colleagues, airlines, hotels, banks, anything or anyone that is accessible through mobile – and this is a huge deal for business.

“That means that if you’re a businessman, your customer is only an arm’s length away at all times – that’s a game changer.”

Riegel also tells me that eCommerce is up 97%. Moreover, people buying on a tablet spend 20% more than those using traditional web methods.

So, that’s it for the PC then?

Not exactly. Plenty of reports have claimed that the PC will be replaced in the coming years by mobile devices, but Riegel thinks they’re wrong.

“The key is that mobile is, and needs to continue being, something different to web, not just a mobile version of web. A lot of companies have mobile apps which in actual fact turn out to be a link to the web browser. Well, if I wanted to be on that site I’d use a PC. Companies need to develop proper apps that do things that the web can’t. For example, boarding passes – you can’t carry a PC up to the gate in an airport, but you can take a smartphone up there with a boarding pass on it.”

Riegel believes, simply, that although mobile is the primary communication and work tool on the market now, they’re not a replacement for PCs, which is the mistake that many people appear to be making. The reality is that mobile devices are an interface of the web which is far more attractive to the way we live and work now. But traditional PC platforms will always have their place.

“Yes, tablet sales will replace PC sales but they won’t become obsolete. The reason we love mobile devices now is because they’re more tailor made, and that’s important. PCs are overbuilt, they’ve got everything in them, half of which we’re not nearly going to need. With mobile you have the basic functions then you build upon that with apps,” he says.

“Take nurses for example, now in healthcare they’re using tablets because they need to consume information and a tablet is perfect for that. Similar to a building site, the teams used to walk around with laptops looking at blueprints and diagrams, that’s ridiculous – tablets are made for these things, simple consumption of information, but how about the people that developed those diagrams? If you’re creating content you just cannot do that properly on a smartphone or a tablet. You want to sit down at a machine, with a large screen, plenty of mouse space for detail and efficiency. That’s what PCs are still great for – creation.”

Riegel says that perhaps one day people will be able to create decent content using a tablet, but for now, at least, the PC is the tool for content creation and it will continue to be very important in specific industries – just as tablets will be.

There isn’t going to be a wake just yet.