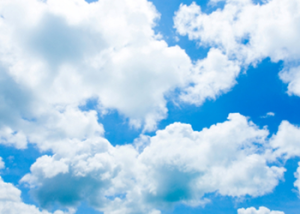 The cloud landscape matured faster in 2013 than in any previous year as organisations in the region used the technology to accelerate the adoption of mobile, social and data analytics into their business.

The push for interoperable clouds, built on open standards; the evolution of delivery models and the convergence of cloud ecosystems are just a few examples of trends that will shape cloud computing in the year ahead. Based on the insights that it has gained from $6 billion invested in research and development, Mohamed Sayed, SGI Cloud Computing Leader – MEA at IBM gives Computer News Middle East his insider tips for ways that the cloud is most likely to impact businesses in 2014.

The role of the CIO is changing from a manager of traditional IT systems into a broker of cloud infrastructure, applications and information services. As the cloud becomes more pervasive in various lines of business, IT will start to assume ownership of integration, service levels and governance around cloud services. Established relationships with existing IT partners will become increasingly important to help them as they transition into this new role.

With support from IBM, the OpenStack foundation launched in September 2012 and by the end of 2013 OpenStack had emerged as the de-facto industry standard for infrastructure-as-a-service with over 12,000 people involved in the project. As platform-as-a-service offerings mature, the push for a similarly ubiquitous platform built on open standards will intensify as organisations look to avoid vendor lock-in. IBM believes that Cloud Foundry will emerge as that de-facto open standard. In June, we announced that we are collaborating with Pivotal to further development of the framework and to establish a governance model for the community.

Until recently most clouds fell into the “one-size-fits-all category” with basic cloud features and benefits applied to every organisation regardless of industry. But organisations aren’t basic. Rather, they belong to an industry with unique needs, challenges and advantages. To help facilitate and expedite the move to the cloud, industry-specific clouds like the IBM Municipal Shared Services Cloud are being developed to help organisations with a common shared service outcome, social need or business requirement leverage cloud services faster and more efficiently. Expect to see more of these in the year ahead.

4) The rate of adoption for private clouds will increase

Over the last few years, private cloud deployments have driven a large percentage of the overall cloud spending. A private cloud delivers a number of benefits to organisations who want to deploy cloud services but may be hesitant due to concerns around security, privacy, governance, risk or compliance. In fact, IBM experienced more than 100 percent year-to-year increase in private cloud wins in 2012 and we expect this trend to continue through this year and beyond.

5) Mobile-first, cloud-delivered enterprise applications will create new possibilities for real-time data analysis anywhere on any device
Intelligence is increasingly moving away from individual devices and into the cloud, while a diverse array of devices are being used to complete essential job functions. In 2014, new services like the IBM Watson Developers Cloud will begin to emerge that will lead to the development of a new generation of applications that are infused with intelligence. As a result, smarter applications will lead to a higher overall level of innovation as access to Big Data analysis increases.

Cloud ecosystems are networks where partners and third parties converge to build and deliver an enhanced range of services on top of cloud platforms. As uniformed open standards are increasingly embraced up the stack, ecosystems will expand and will begin to work together to develop top-to-bottom solutions that can be leveraged across any open cloud platform.

Users who are running on top of an open cloud will benefit tremendously from this convergence while those running on proprietary models will see their IT deployments become increasingly isolated.