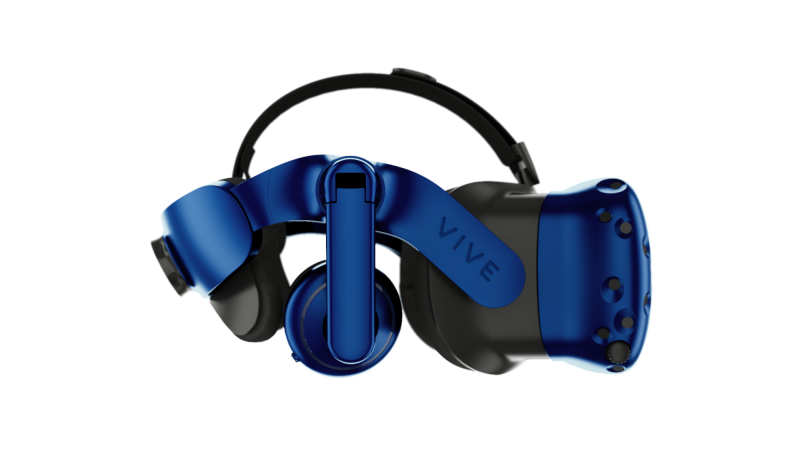 HTC Vive has announced new hardware upgrades that are expected to deliver enhanced VR experiences to consumers and enterprises. The new Vive Pro and Vive Wireless Adaptor launches are in addition to the redesign of Viveport VR and Vive Video. The firm aims to improve VR users’ engagement with VR content.

HTC Vive Pro is a new HMD upgrade from Vive, built for VR enthusiasts and enterprise users who want the best display and audio for their VR experiences. Vive Pro includes dual-OLED displays for a crisp picture resolution of 2880 x 1600 combined, a 78 percent increase in resolution over the current Vive HMD.

Vive Pro also features built-in, high-performance headphones with an in-line amplifier to offer a heightened sense of presence and an overall richer sound.

“There’s a clear need in the VR market for a premium VR experience with high resolution display, integrated audio and the best components available today in a headset,” said Daniel O’Brien, GM US, VIVE. “Vive Pro offers an immediate upgrade for both VR enthusiasts and enterprises that want to utilise the best VR experience.”

The HTC Vive Wireless Adaptor will be the first to market with a truly wireless VR headset integration for both Vive and Vive Pro, said the company.

“Wireless VR has been on nearly every VR user’s wishlist since the technology was unveiled,” said Frank Soqui, general manager, Virtual Reality Group, Intel Corporation. “By collaborating with HTC to commercialise Intel’s WiGig technology, we will guarantee that wireless VR meets the most discerning quality bar for home users and business VR customers.”

According to the firm, in the largest upgrade to the Viveport customer experience since launch, Viveport VR redefines how users engage with VR content. Instead of a traditional 2D catalog, Viveport VR content is delivered in fully immersive interactive previews. Viveport is embracing a VR first approach by including VR enabled ‘VR Previews’, which are interactive glimpses of content that give customers a room-scale preview of an experience and the opportunity to interact with content before purchasing or subscribing.

In the new Vive Video experience, a curated selection of Vimeo content will be made available to browse and view in a highly optimised native VR experiences within Vive Video-compatible headsets.