In terms of design, Alcatel OneTouch Pixi 3’s build doesn’t exude any kind of premium appeal to it. However, the 8-inch device does feel solid and well-built, and its curved edges makes it comfortable to grip. 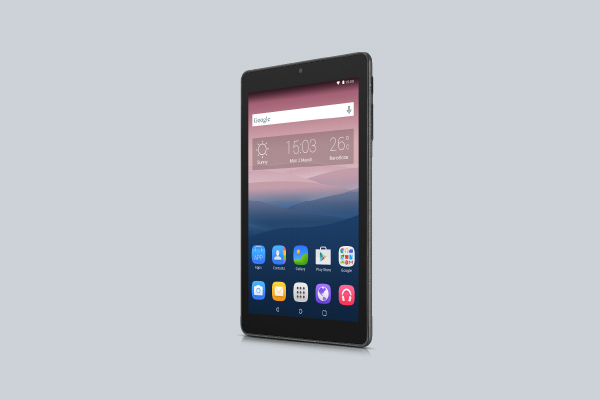 The entry level tablet runs Windows 10 as its OS, is powered by 1.3GHz quad-core Qualcomm Snapdragon 210 SOC processor and comes with 1GB of RAM. Performance-wise the device is not particularly impressive as it tends to be slow in loading apps and other media. But if you’re not doing any heavy multitasking that involves swiftly switching apps the tablet does an okay job.

It only packs an 8GB of internal storage, which is quite disappointing but at least it is expandable up to 32GB via a microSD card. As far as the cameras are concerned, the Pixi 3 4G packs a 5MP primary camera on the rear and a 2MP front shooter for selfies. The rear camera takes clear and decent shots, however, the front camera tends to produce dark and grainy photos even when shot from a bright area. Therefore, it is highly recommendable for users to stay in a well-lit spot when using the device for video calls.

The Pixi 3 4G accepts a micro-SIM and can function as a smartphone too. Connectivity options of the device include Wi-Fi, GPS, Bluetooth, 4G. The tablet is also equipped with a 4060mAh built-in battery, which satisfyingly lasts up to at least eight hours of full usage. It comes in three different colours – white, gold and volcano black, and is priced at AED 499.