Attention all audiophiles, there’s a new player in town and it’s not just here to play – it means serious business too. We took the new AI-enabled PlayGo BH70 headphones for a spin, here’s what we think… 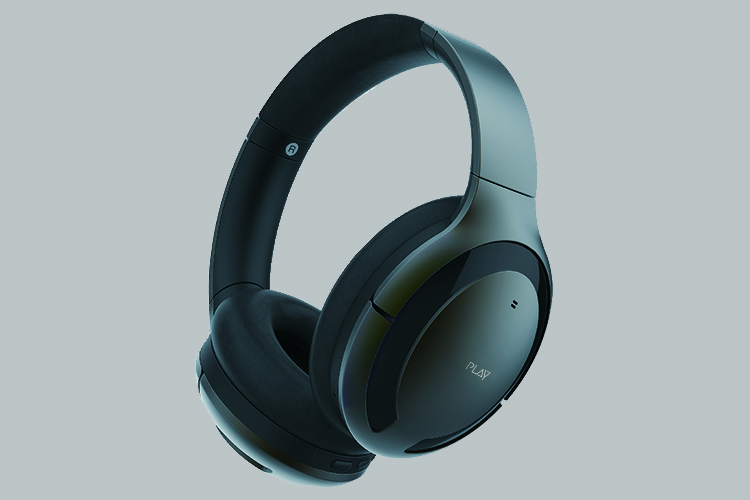 At a time when social distancing is the norm, having a pair of high-quality Active Noise Cancellation (ANC) headphones are increasingly becoming a staple part of everyone’s personal and work lives. Whether it be during daily commutes, working out at the gym, concentrating on tasks at work or even just chilling at home, ANC headphones are increasingly becoming a trusted companion for many people today.

There’s a new entrant to the UAE headphones market, as India-based tech firm PLAY launches the PlayGo BH70, which it been dubbed as the ‘world’s first Artificial Intelligence (AI)-driven noise cancelling wireless headset’.

Aesthetically the device looks just like every other headphones today. The device is lightweight owing to its plastic body, however, this also makes it feel a bit flimsy. It has a dark grey matte finish with some glossy embellishments on both sides of each ear cup. It ships with a USB-C type cable in the box and a sturdy black case.

The PlayGo BH70’s headband is flexible and adjustable depending on how it fits on your head. It is also designed with a foam-type material, making the device comfortable to wear. The ear cups are also padded with the same material and are just the right size to completely cover your ears without putting any pressure on it even for long periods of usage.

The PlayGo BH70 features physical buttons on both the ear cups. The right ear cup carries three buttons that can be used to turn up the volume or skip to the next song, play or pause music, and turn down the volume or go to the previous song. Meanwhile, the left cup has the power button and the ANC button. The ANC button allows switching between three modes— Noise Cancellation On, Transparency Mode, and Noise Cancellation Off. While the controls are straightforward, they are not tactile enough so there are times when you might need to press them twice to ensure that it does what you need it to do. 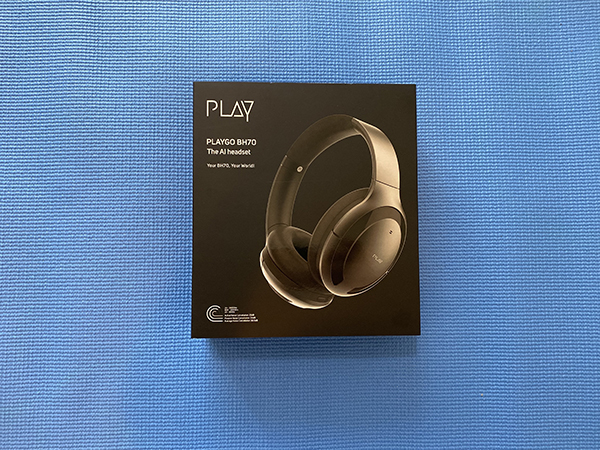 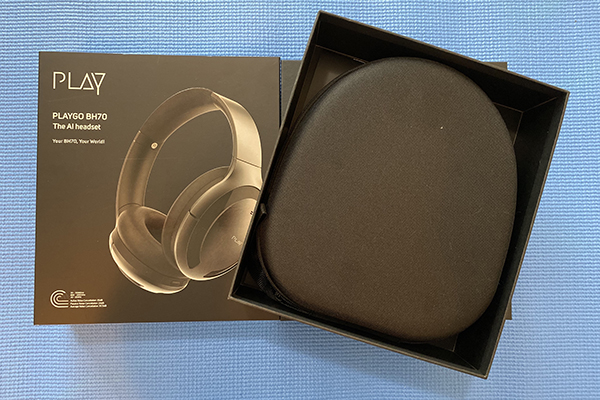 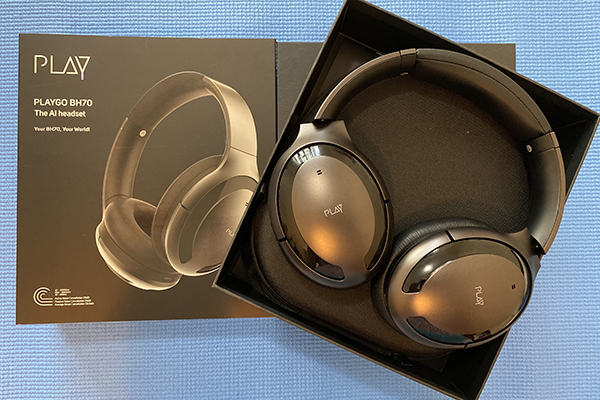 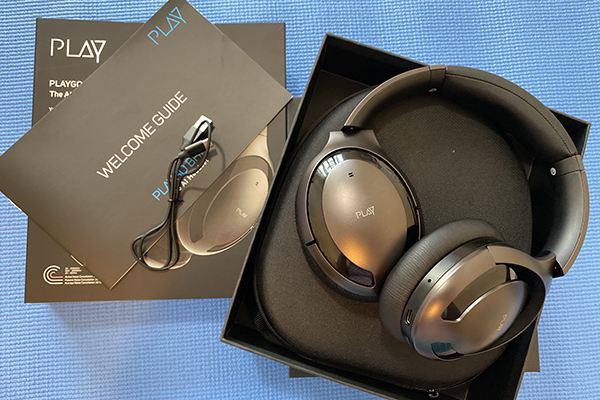 The primary selling point of the PlayGo BH70 is its AI-powered audio optimisation technology, which allows the device to ‘self-calibrate’ depending on your unique hearing condition. It uses an algorithm to help you customise and personalise your listening experience.

One of my favourite features of the headphones is the Smart Touch & Talk. If you want to talk to someone without taking off the headphones completely, this feature allows you to lower the volume of the music you’re listening to by simply putting your finger or palm over the left ear cup.

Another aspect of the device that’s very useful is the built-in infrared sensors, which are located in both ear cups. This nuanced feature automatically pauses what you’re listening to whenever you take off the headphones and plays it again when you put them back on. This feature works really well irrespective of the app or platform that you are using.

The Play BH70 headset also has a companion app to help you manage your listening experience better. The PlayGo app is accessible for Android and iPhone users. However, it looks like the app is not available yet in the UAE App Store so you will need to switch your App Store’s region to download this or if you have a secondary Android device like me, you can download it in that device instead. The app enables you to update the firmware as well as modify the equaliser settings of the device.

The PlayGo BH70 is powered on the latest family of Qualcomm processor and sports a Bluetooth 5.0 connectivity, meaning you can pair more than one device with it. It also supports popular codecs like AptX, SBC and AAC formats.

The device delivers impressive audio performance making it a worthy contender against some of the major brands in the market. The audio output is rich and crystal clear. It doesn’t compromise the vocals and the instrument separation is also commendable, making listening to a variety of music genres from The Beatles to Queen, from Sam Smith to Panic at the Disco enjoyable.

The PlayGo BH70 is equipped with a 1000 mAh battery offering about 20-24 hours of wireless listening even on ANC active mode. However, the device is not built with a fast-charging feature and takes around 3-4 hours to juice up entirely.

Apart from its lacklustre design, there isn’t a lot to complain about PlayGo BH70. The device wins in almost every aspect including its innovative features and impressive audio performance. If you’re in the market for new ANC headphones, the PlayGo BH70 is worth considering. Priced at AED 899, the headphones offer a premium experience without breaking the bank.