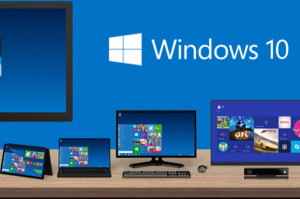 No major changes compared to Windows Server 2012 R2, but some very good incremental ones. With this just a very early version, here are some changes you might want to consider as you decide when to start looking at the release.

On October 1, Microsoft released the technical preview of Windows 10 and, with much less fanfare, it also unleashed preview releases of Windows Server and System Center. Both server previews are available for download from the TechNet Server and Cloud blog.

With Microsoft being open to sharing this early build with the public – rough edges, warts and all – it would be improper to pass final judgment or even offer an evaluative opinion about what is currently in the software. We can speculate and offer some feedback, and help you decide whether Windows Server 10 is worth some of your time now to consider and get a feel for, but it is far too early to come to any binding conclusions about this product.

While there may not be any monumental changes described in this piece, that may only be true only for now. And to say that also does a disservice to the many incremental improvements that really do solve some pain points for shops, particularly around virtualisation and storage. Consider the following benefits:

Hyper-V enhancements. You can now upgrade clusters that are running Hyper-V on a rolling basis, fixing a huge problem in earlier versions where all members of a cluster had to be running the same version of an operating system. This removes a big availability obstacle when deploying new versions of an operating system, and allows you to access the improvements Windows Server 10 will bring on an incremental basis, machine by machine and server by server.

There are significant changes in storage. One of recent Windows releases’ big focus points has been making storage cheap, fast and fault tolerant. For example, there is a wonderful new replication component that copies, block by block, storage – and of course any changes in those blocks – between two hosts. This means there is always a replica of storage that is just a few paces behind. This improves the reliability of many applications.

Additionally, there are new rules that administrators can customise and implement that will allow admins to define storage quality-of-service metrics. In other words, an administrator can mandate that a certain application or task get a minimum number of IOPS (I/O operations per second) in any given environment to assure performance, even if the throughput of other applications or workloads has to suffer to service that minimum.

A new version of the best Windows scripting language around. Windows PowerShell 5.0, which has been in preview since mid-April 2014, marks its operating system debut in Windows 10 and Windows Server 10. This new release includes improvements to the Desired State Configuration utility that helps configure systems into a steady state and brings them back if they deviate from that state. There are also improvements to the integrated scripting environment user interface. This area is absolutely still under active development and it is likely PowerShell 5.0 will release before the final version of Windows Server 10 is declared.

Web Application Proxy (WAP) becomes more useful. The demise of Forefront Unified Application Gateway has at least benefited this version of Windows Server, as the WAP role becomes even more full-featured. It will now pre-authenticate users using HTTP Basic authentication. You can publish RemoteApp programs through the Remote Desktop Gateway service, redirect users from HTTP to HTTPS sessions, use wildcards in external URLs of the applications you are protecting and more.

On balance, right now there is not a huge Big Bang feature that will sell you on moving to Windows Server 10. These incremental improvements continue to tear down objections and obstacles to using some really cool new capabilities Microsoft introduced in Windows Server 2012 – and makes them simpler and more accessible.

As you might expect, while there is a lot to like about this preview, there are also some changes that, at least for now, are bound not to sit well with some constituencies. These include:

Network access protection (NAP) is gone. The rumours were true; the technology that allowed you to restrict the ability of untrusted or mistrusted hosts on your network to actually talk over the wire – without remediating whatever problem they had that was causing them to be mistrusted – has been yanked out of this build.

We knew a few months ago that Microsoft had decided to deprecate this feature, and indeed many large organisations still use this technology provided by their own network hardware and not Windows Server. But some medium-sized organisations and small businesses use NAP and will now have to figure out what their story will be. There is no word on how Windows Server 2008 R2, Windows Server 2012, Windows Server 2012 R2 and Windows Server 10 will interact from a NAP standpoint, whether there will be incompatibilities or problems introduced if you are running them all in the same network, and so on. More to come on this piece, but NAP users should consider this a heads up.

The rapid update cadence is slated for future versions of Windows Server, too. One of the big promises about Windows 10 was that it would herald a new model of delivering Windows updates – indeed, the whole operating system itself would update automatically from a branch of code hosted at Microsoft. Gone would be the patches and roughshod updates; instead, you would get what amounted to a new OS during each update cycle.

Consumers cheer this sort of outcome; they value simplicity and want Windows mainly to get out of their way and let them use the Web and their apps.

Corporate customers, on the other hand, scream in anger and rejection (of Windows 8, for one) at this sort of outcome. They need time to test, to make sure their legacy applications still work, to make sure their infrastructure can handle changing features, to make sure no new security problems are introduced with updates.

Despite this, Microsoft says the new update cadence is coming to Windows Server 10, too. There are no details about exactly how this will happen, how customisable it will be and if it will be possible to opt out. This means it is too soon to come to a conclusion about this service and its impact on your operations.

But the bottom line is that in it is rare that customers will demand more automatically applied updates without any ability to customise how they are deployed. This is an area to watch and an area in which Microsoft needs to tread carefully.

The preview supports the premise of what we have come to expect from the Windows Server team over the past few years – lots of great, measured, steady progress across the breadth of the product. There is not a standout “buy me now” feature in Windows Server 10, or at least there is not yet. Rather, what we see is a competent, capable server OS taking its next steps into making its technologies available more easily and with greater scalability.

Windows 10 on the client side has a lot to answer for, given the panning of Windows 8 by large swaths of the Microsoft user base, but on the server side, Windows Server 10 seems in this preview release like a very solid march forward on all fronts.