We took the new HONOR 10i for a spin, and its impressive photographic capabilities prove to be a real game changer in the mid-range market.

Nowadays it’s very hard to stand out in the budget phones market with so many devices being released every month, but Huawei’s sub-brand HONOR aims to do just that with its latest release, the HONOR 10i.

The newest addition to HONOR’s line up arrives just months from the release of the HONOR 10 Lite, and although very similar to its predecessor, the triple-lens camera setup really brings it home for the Chinese brand.

Clearly aimed at a millennials’ audience, the phone’s stylish gradient design is a nice addition to the HONOR 10 Lite. The HONOR 10i features a 19.5:9 borderless Full HD+ display with over 90% screen-to-body ratio thanks to the very small notch where the 32MP AI front camera sits.

Flipping over to the back, the triple camera stands out on the top left, while a very responsive fingerprint sensor sits in the middle and a 3.5mm headphone jack, USB-C connector and an average speaker sitting at the bottom.

Following from its predecessor, the HONOR 10i still relies on the Kirin 710 chipset with 4GB of RAM. While a change would have been nice, especially as in the mid-range processor market the Snapdragon 660 wins the race, the Kirin 710 still does the job very well.

The HONOR 10 Lite 64GB storage has been improved to a whopping 128GB, with the same expandable memory capacity of up to 512GB.

As mentioned previously, HONOR 10i’s real game changer can be found in its photographic capabilities. The 24MP AI triple-lens rear camera with F/1.8 aperture and 1.8um ISO enhancement effortlessly captures sharp photos. Overall, the camera performs much better in the daylight, with indoors and night time shots losing some details. The camera features a 0.6X-6X zoom, with a slight loss in sharpness when it comes to close ups, and a 120° 17mm ultra-wide angle lens to capture bigger scenes.

The AI multi-scene recognition is very impressive, with 22 categories of objects and more than 500 recognisable scenarios to apply the best settings to your shots.

The other value proposition of the HONOR 10i is its 32MP front camera. Equipped with AI “Beautification”, which includes skin tone adjustment, acne removal, face slimming, eye enlargement and much more, the selfie camera can pretty much substitute any photo apps to improve your selfie game. Upon trying it, the selfies resulted a bit too fabricated for my taste, but its range of features are quite impressive and undeniably very appealing to a younger audience.

When faced with everyday use, the phone performed very well. Several open tabs and some hardcode gaming didn’t result in overheating nor it slowed down the device, which was a very pleasant surprise. The 3400mAh battery is also quite decent, lasting on average a full day of power.

The smartphone is available in three colours, Phantom Blue, Phantom Red and the more classic Midnight Black, and is priced at AED 999, making it the only phone under AED 1000 with a triple camera.

Overall, the HONOR 10i is great value for money, and some minor downfalls aside, it hits all the right spots to stand out in the market and to be a great success within its target audience thanks to its outstanding – and I might add, pretty cool – photographic capabilities. 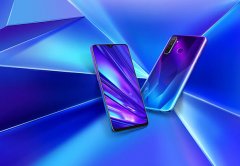