Since being revamped under HMD Global, the Nokia brand has made a remarkable comeback into the market. 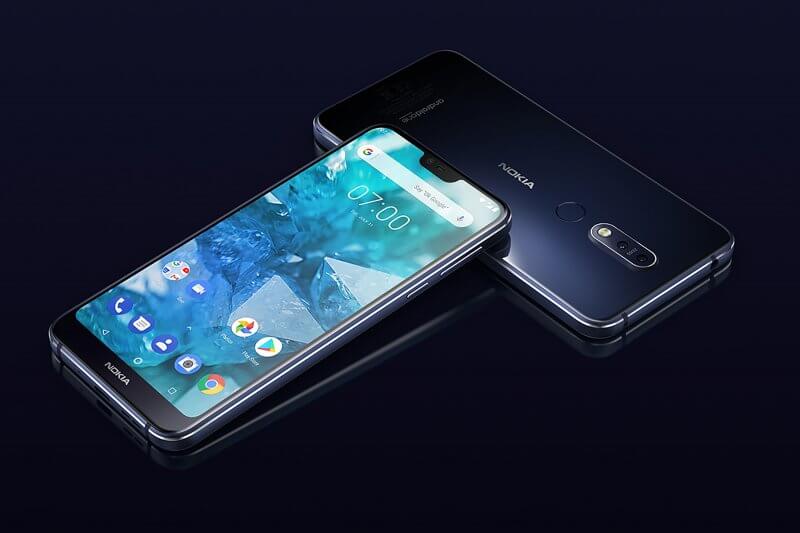 Nokia’s big re-do may only be in its third year, but it has already introduced a number of solid, value-for-money phone lineup.

Among its latest offerings is the Nokia 7.1, a mid-range smartphone that exudes a premium vibe that’s not often found in phones in its price range.

The Nokia 7.1 sports a glass unibody with aluminium frame that feels firm and brick-like. It has silver-tinted edges, rounded corners and flat sides, which does not only help with the grip but also make the device look like every bit a high-end flagship smartphone.

The device features a modest glass back, with a dual-camera module at the top, a sensibly-placed fingerprint sensor that’s very responsive, followed by a Nokia and an Android One logo below.

Keeping up with the latest smartphone trend, in the front you can find a notch where the 8MP wide-angle front-facing camera, earpiece, proximity and ambient light sensors are placed. There’s little to say about the notch other than that it’s fairly narrow, leaving plenty of room for notification icons in the device’s big 5.84-inch display. The Nokia 7.1 has Gorilla Glass 3-protected LCD screen. With a resolution of 2,280 x 1,080, the smartphone produces bright and sharp images, and supports HDR10 which is perfect for streaming videos.

On top of the device you can find the 3.5mm headphone jack. Meanwhile, the bottom part of the smartphone hosts the USB-C connector and a speaker, which produces loud and clear audio but lacks a powerful bass. The power and volume buttons are on the right edge and are satisfyingly clicky.

The Nokia 7.1 is powered by a Snapdragon 636 chipset with 4GB of RAM and 64GB of storage. The storage is also available in 3GB of RAM with 32GB of storage and is expandable via a microSD card. It’s running Android 8.1 Oreo out of the box but since its launch, an Android 9 Pie update has been released.

Nokia 7.1’s mid-range specs proved quite capable in coping with everyday tasks such as checking social media, emails, file viewing and so on. We didn’t experience any crashes, just the occasional blip.

As for the device’s photographic capabilities, you’ll find a Zeiss-branded dual-camera arrangement on the rear of the phone. It has a 12MP main shooter with an f/1.8 aperture and secondary 5MP f/2.4 depth sensor. The front has 8MP going for it and an f/2.0 aperture. Video recording is available up to 2160p at 30fps. Both daylight and nighttime shots came out well with the Nokia 7.1, and it handled close-up objects very impressively too. It can do all the usual tricks like live bokeh, AR emoji, Google Lens, pro mode, and even HMD’s “bothie” mode, which lets you snap a photo with the rear and front camera simultaneously.

The Nokia 7.1 has a quite a few strong feature points, but the phone’s biggest weakness is the battery life. On most days of light-to-medium use, you can get less than a full day of power out of the 3,060mAh battery. Luckily, the device supports fast-charging and powers up to 50% within 30 minutes.

Overall, HMD hit the build quality and design out of the park with the Nokia 7.1. If you want a reliable Android phone with a premium look and feel without breaking the bank, this smartphone will be a good buy for you.