Online editor Adelle Geronimo tries and tests the latest addition to Xiaomi’s flagship Mi 9 smartphone family and finds out why the device “pops-out” in the smartphone market. 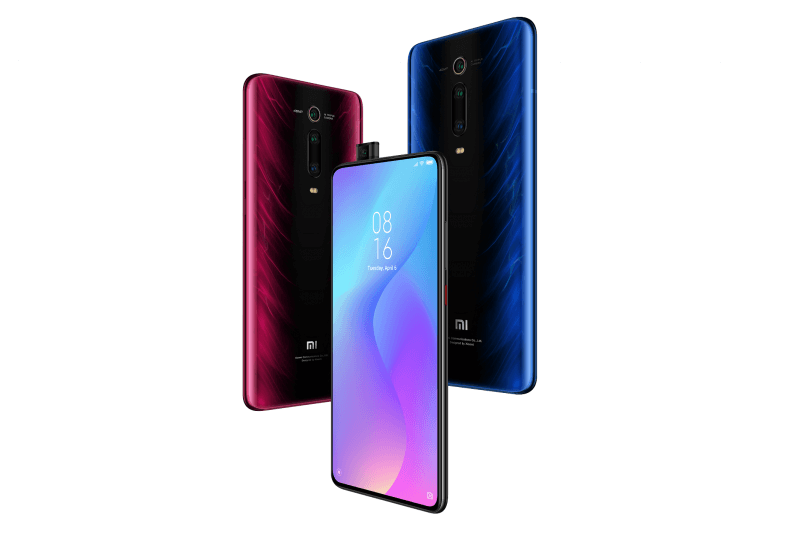 Only a few months after the release of Xiaomi’s midrange device Mi 9, the China-based phone maker has launched its newest flagship – the Mi 9T.

The device, which ships as Redmi K20 outside the Europe and Middle East region, runs on the Android Pie-based MIUI 10 that the firm had introduced a year ago. The user interface is clean and responsive, making multi-tasking and switching through apps seamless.

The Mi 9T is powered by a Snapdragon 730 chip, which is a powerful upper midrange SoC from Qualcomm. It has an 8nm octa-core chip running at 2.2GHz and integrated with the Kryo 470 CPU and 610MHz Adreno 618. It’s also paired with 6GB of memory and 128GB of in-built storage.

It sports a sleek glass body with a curved aluminum frame, which has a rounded and glossy finish, giving the device a premium feel. However, the glossy frame can make the phone feel slippery and slightly insecure in hand. This can be easiy solved with a good phone case and fortunately the device ships with a matte back case too.

Xiaomi Mi 9T comes in three colours – Glacier Blue, Flame Red and Carbon Black. The review unit that we have received is the Glacier Blue, which features an icy pattern with a shimmery gradient finish.

The Mi 9T offers an all-screen experience with minimal bezels. The earpiece is etched between the glass and the screen.

It has a 6.39-inch full AMOLED display that’s Gorilla Corning Glass 5-protected. With a Full HD+ resolution of 2340×1080 pixels, the device produces vibrant and immersive images that’s perfect for watching videos from Netflix and YouTube as well as for mobile gaming.

There’s a single bottom-firing speaker on the Mi 9T – it provides decent audio and is reasonably loud.

Unlike most handsets, Xiaomi Mi 9T’s fingerprint scanner is embedded underneath the lower section of the display instead of the back. The biometrics sensor is fast and accurate. It works exceptionally well and hardly ever misses if you place your finger down on the sensor properly.

For many smartphone users, especially for the younger market, the cameras are among the top elements to consider when purchasing a device. In this aspect, the Mi 9T does not disappoint.

Since the Mi 9T touts a notchless design, the 20MP motorised pop-up selfie camera slides up and out the chassis – complete with flashing lights and a whimsical ringtone.

By default, a beauty filter erases any blemishes or wrinkles on your face, but you can disable it for a more natural-looking photo. In addition, you can set up to five different customised modes for taking selfies. It produces images with more than enough detail as well as vibrant and sharp colours.

In Portrait mode, the phone can also take blurred background selfies and produces a fairly good bokeh effect despite the lack of a depth sensor.

If you’re one of those users who tend to drop your mobile phones, fret not, as Xiaomi says that the pop-up camera automatically retracts when the phone senses a free fall. We’ve tried dropping the phone while on selfie mode a couple of times and the pop-up mechanism does close down immediately.

As for the rear shooters, the Mi 9T is equipped with three vertically lined up cameras at the back.

The main cameras are headlined by a 48MP AI lens, which produces detailed images that are sharp enough without appearing unnatural. The auto-focus is fast and accurate in good light even when zoomed in. The other two cameras include an 8MP telephoto lens and 13MP ultrawide lens, which deliver a solid picture quality. The images produced while on Night Mode can be a bit grainy but nothing too major to complain about. The cameras also take smooth 1080 and 4k video footages.

Another key highlight of the Mi 9T is its battery. The device packs a 4,000mAh Li-ion battery and could last beyond a full day of normal usage, which involves using social media apps, emails, chat apps as well as a bit of video streaming and mobile gaming. It also supports Quick Charge and the supplied 18W charger fills 45% of a depleted battery in half an hour. A full charge takes about an hour and a half.

On the top, next to the pop-up selfie cam is the 3.5mm audio jack. Meanwhile, the bottom houses the dual-SIM tray, the USB-C port, and the speaker grille.

If you’re looking for a device that offers a powerful performance, produces good images and can last a full day of being on-the-go without breaking the bank the Mi 9T could be the phone for you. Priced at only AED 1, 349 the device definitely offers great value for money.

Click on the video below to watch the unboxing video: