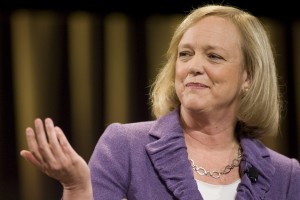 Generally, fixing any complex problem comes down to three steps: breaking the problem down into components, conducting triage and deciding which components to fix and which ones to get rid of and, finally, prioritising these components and devoting resources to them.

If you don’t break the problem down and follow these steps, then you’ll likely just deal with the symptoms of the problem but never actually fix it.

This is Hewlett-Packard’s issue at the moment. It’s the result of a multiple CEOs with different strategies trying to fix the company using different methods. What started as a simple problem-to make HP relevant and interesting again-has become a complex mess.

Now Meg Whitman has to fix this mess, and about every time it looks like she is making progress, another aspect of the firm has a catastrophe. The latest is the discovery that Autonomy, a large acquisition, was improperly valued inside HP because its financials at sale were inflated. Among other things, Autonomy was sold as a software company when much of its revenue allegedly came from hardware; services, in fact, sold at a loss.

Let’s explore what it will take to turn HP around.

Breaking down HP’s problem: Competing in too many industries

Typically, a successful company is in one industry. HP is in at least four distinct industries and each is in a very different phase. Its printing division alone is in two distinct markets. There’s consumer and business printing, which is an industry not only in decline but one in which third parties are successfully mining profits through ink cartridge refill programmes. There’s also industrial printing, which aligns with equipment which manufactures books, signs, coverings and magazines from semi-finished materials; traditional print is in decline, but the other aspects of industrial printing are nascent, so this market has significant growth potential.

The PC division, meanwhile, is in HP’s consumer electronics business. This has been unsuccessful in the smartphone and tablet segments that are experiencing growth and exists largely on the value side of the legacy PC business. Simply put, it’s underperforming the market leaders, who are Apple, Lenovo and Samsung.

Commentary: How HP, Dell can avoid being dragged down by PCs

The remaining parts of the company focus on enterprise computing. Execution here is mixed, with hardware doing reasonably well but services and software struggling for different reasons. Fixing this division is also a complex problem. At the core, though, is that the apparent weakness of HP has virtually all competitors focused on mining HP’s customer base. HP isn’t competing against one of them, or even part of a pool. The company is overmatched trying to defend against all of them-and many are at a similar scale or even bigger than HP.

Triage: Get HP out of PCs and personal printers

Of HP’s four industries, two show upside potential against the company’s existing resource base. The first, as noted, is industrial printing for coverings. The market is nascent, and HP’s scale could allow it, with focus, to dominate. However, doing so would result in eliminating most of the company, which suggests that a better path might be to sell off the industrial printing business and use the money to strengthen the rest of HP.

Enterprise computing, the second industry, would capture much of what HP is right now. Here, IBM represents what a focused, well-run company in this segment could accomplish. HP offers technologies in networking, storage, servers and even software that give it potential competitive advantage, but the company suffers from past decisions about software and services that need substantial work and focus.

Fixing this component of HP is in line with turning around IBM, but HP is in better shape now than IBM was when its turnaround started. Based on HP’s existing makeup, it makes the most sense to make this business the core of the new HP.

The other two businesses are either in decline or under-executing badly. The personal and business printer market is in decline, while the supply side is under attack by cheap third-party suppliers. HP’s consumer electronics business is under-executing in the market, as the growth companies that own it are far closer to pure plays.

Lenovo, one of the fastest-growing consumer electronics companies, resulted from the spin-off of IBM’s PC division, and both IBM and Lenovo are more successful as separate entities. On the other hand, Sony, another combined company in the segment, is also underperforming. This suggests that consumer electronics firms need a tight focus-which, for HP, would mean a spin-off.

Prioritize and execute: Image is everything

First and foremost, HP has a problem with image. So much negative news surrounds the company that investor, employee and customer concerns all reduce the firm’s ability to execute.

Both Steve Jobs and Louis Gerstner, IBM’s turnaround CEO, focused on image early on in their tenures. Both succeeded because this focus on image gave them the time to survive what is a five- to seven-year process. Since this buys time, getting HP’s image to a point where people trust the brand again has the highest priority.

Next, HP should package the parts of the company that are no longer core to the “new HP” and sell or spin them out to investors. This improves HP’s balance sheet, removes much of the complexity of the problem from the remaining executive staff and leaves the new firm focused on a single industry with the resources it needs to successfully compete.

HP can learn from Chrysler, Apple and IBM

Chrysler, IBM and Apple all went through successful turnaround efforts. (In fact, Chrysler CFO Jerry York ended up at IBM for its turnaround and was on the Apple board of directors when Jobs came back.) While Chrysler slipped again for other reasons, all three companies followed the paths I’ve outlined.

The problems facing any company in need of a turnaround effort are overwhelming. It isn’t that the people in charge aren’t smart; they’re overwhelmed. If you don’t fix that part first, then a turnaround tends to be unprofitable. This is rarely a CEO problem, either; in fact, HP’s tendency to rapidly replace CEOs has only made things far more difficult to fix.

This problem starts with the board. On paper, HP’s board of directors is world-class, but it has to step up for HP’s turnaround to succeed.