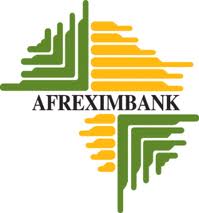 African Export-Import Bank is quite an important institution. Established in 1993 by African governments, investors and other financial institutions, its purpose is to finance and promote intra – and extra – African trade.

If you hadn’t noticed, despite some political turmoil, Africa’s economy has been rather booming in recent years, much of which has been driven by trade — keeping the bank very busy. Incidentally, the Middle East is a particular important market for African exports.

Further to this, the growth looks to be accelerating even more. Only a few months ago, President Obama visited Africa to announce a $7 billion plan to further develop infrastructure and work closer with Africa heads of state, as well as a new programme to boost trade within the continent.

There’s no surprise then that African Export-Import Bank — the trade finance bank for the continent — outgrew its previous headquarters and needed a move.

And with all that trade going on, you can only imagine the amount of files and documents flying around the bank’s systems every day.

“There was quite a backlog,” says Betty Lumu, Knowledge Manager at the bank. “The volume of records that had been accumulated, it was dangerous.

“They could have just woken up and lost it all one day. It was a mountain of files which was not organised.

“The space was costly but it wasn’t optimally used because there were files all over, active and non-active files were correlated where staff were, and there were so many multiple copies of documents from different departments.”

Lumu was brought in to fix this and set up a knowledge management unit. Tasked with creating an information centre, Lumu was also given budget to find a suitable solution to present such a disaster from occurring.

“Before the bank located to the building, it was operating without a filing policy, archiving system or electronic indexing,” Lumu says. “It had something in place but it wasn’t an appropriate document management system.”

Perhaps unusually for such a technology-related project, it was not led by the IT team, but by Lumu and her knowledge management team.

“We are nine in my department, which is separate from the IT team, which has about seven people,” she says. However, both teams work closely, she adds. “I do everything in consultation with them, they advise on the technical side.”

Following a number of meetings with senior management, the team decided it was best to send an RFP (request for proposal) out to the market, which explained their requirements. Indeed, Lumu admits, they knew what they wanted, but they were not sure exactly what the solution would be and who could provide it.

“So the vendor was expected to provide us with a software system that gives a centralised method of managing both the physical and electronic records,” she says.

“We told them what we had in place and how the storage and document sharing wasn’t there — we told them everything.”

After the vendors sent in their proposals, the bank decided to call them in to present their solutions, show samples of their work, and respond to queries.

“It was better for us to actually look at something because it was something new to us,” Lumu says.

Following the presentations, the bank opted for Laserfiche, a software development company headquartered in California, but with offices across the world including, vitally, Cairo, where the bank is headquartered.

“The presentation was okay and quite detailed, and the sums they gave us were quite good,” Lumu says. “We wanted somebody who had an office in Cairo because of post-implementation support — we thought it would be better if we had somebody here.

“And the solution was quite good for us. Everything that we needed was there; automatic indexing, workflow, scanning, security, document storage, interface was beautiful, and it was easy to work with.”

Whilst the implementation was relatively quick — around a month — like any deployment, it wasn’t without its challenges. With a delay in equipment delivery and issues around getting enough licences due to the sheer amount the bank wanted, the key challenges came back to the bank’s growth and transition.

The ECM implementation wasn’t the only IT project going on, with the bank also deploying a big SAP solution at the same time.

“I had a feeling that the staff were kind of overwhelmed,” Lumu says. “So we didn’t want to talk so much about the workflow of the system as it were.”

Subsequently, the bank decided to initially leverage just the core modules of the ECM solution — i.e. the main archiving and creation of documents — before introducing more functions after 12 months.

“We wanted to pilot it first with one department, then move onto others and allow them to talk about it so they could actually enjoy the workflow,” Lumu says. “So that is coming in slowly. We invested and so far it’s all good, but we still have to make more use in what we have invested in.”

For the functions the bank has implemented, the benefits are clear and felt, she adds.

“It’s very good. We can see all the files from 1994. When it came to sharing documents, it’s very easy for a department to have one central place to put their files. Whether I’m at my desk or not, somebody can actually go to that folder and view what’s in it.

“You don’t have to go to somebody’s laptop. It’s safer in the Laserfiche system because on the shared drive some people can’t access certain folders or files. It’s easy for a department to all work together and not worry about why they weren’t seeing certain reports.”