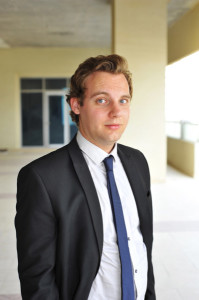 It’s been a good month for Apple. Not only did it announce record sales for the newly launched iPhone 5S and 5C — 9 million units sold in three days — but the vendor also snatched the accolade of most valuable global brand from Coca-Cola.

That said, such promising news still hasn’t stopped some pundits from trying to rattle Apple’s cage. For some people, no matter what Apple does, it is heading on a downward spiral towards impending doom, despite the mountains of evidence suggesting quite the opposite.

For example, one writer for Forbes in the US stated, “Apple announced the new iPhones recently. And mostly, nobody cared.” If 9 million people equals “nobody”, this would be a fine statement. But there’s big difference between nobody and 9 million – it’s 9 million, in fact. Another article I saw on ABC News was headed, “Why record iPhone sales might be rotten for Apple.” I promptly added it to my shortlist for the most ridiculous headline of the year. It’s favourite to win, actually.

Unfortunately for these Apple scaremongers, the facts aren’t on their side. Shares are up, sales are excellent, and brand perception is at an all-time high. And yet still they write this drivel. I would have thought that, if you’re going to indulge in some vendor-bashing, you’re better off talking about BlackBerry, which actually is in as big a mess as the headlines say. Why not go for the low-hanging fruit?

That’s what I’m going to do, anyway. I think that BlackBerry is in its current predicament because it lost the consumer market. It was always a business-centric company, and it thrived on selling devices to organisations wanting to make their staff more productive on the go.

But in 2007 — when the BlackBerry Pearl was the world’s best-selling smartphone — Apple released the iPhone. It rendered almost every other device obsolete. It provided emails through a simple app, and did the same thing with calling and texting. Before long, there was an app for everything. And BlackBerry couldn’t keep up.

But aside from the fact that BlackBerry was completely outgunned by Apple’s technology, there was something even more important at play — Apple was always a highly regarded consumer brand. Even before the iPhone, cool and trendy media types acted as MacBook evangelists, and the company had seen utterly stellar success with the iPod. By the time the iPad was released, Apple was one of the coolest brands in the world.

BlackBerry, on the other hand, stumbled on with flop after flop. Even loyal business types began to defect to the iPhone, or else to the very capable Android devices peddled by the likes of Samsung, hence the rise of BYOD. No-one wanted a BlackBerry anymore — they wanted something that was not only more capable, but cooler, too.

It’s a shame that BlackBerry hasn’t been able to save itself because its new generation of BlackBerry 10 devices isn’t bad at all. You could even say that, for a business user, the new Z30 might be better than a new iPhone. But BlackBerry still hasn’t managed to fix its image, and image still matters. Because Apple’s got such a good image, it can sell 9 million devices in three days. At the rate BlackBerry is going, I’d be surprised if the vendor sold 9,000 of its new Z30s in three months.