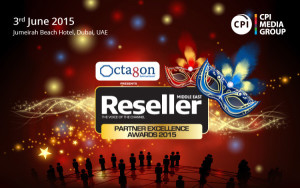 Reseller Middle East’s Partner Excellence Awards in its sixth edition, pay tribute to the commitment and achievements of the industry players in the regional channel ecosystem. The event is scheduled to take place on 3rd June at Jumeirah Beach Hotel from 7pm onwards.

The Awards recognise the very best from the industry who have used a dedicated channel approach, sustaining and driving their business despite market challenges, and for leading the space with innovation as their core strategy. Reseller Middle East takes pride in its transparent and reliable awards process, where a panel of esteemed judges analyses the array of nominations from across the region in a ten-day process, to name the frontrunners across 21 categories from channel partners, distributors and vendors.

Additionally, the Reseller Middle East editorial team will decide the winners for four categories, with online voters having the final say for two of the accolades.

A much anticipated event among industry players, the Reseller Middle East Partner Excellence Awards raises the bar and exceeds expectations each year.

Besides the awards ceremony itself, the attendees will be treated to an entertainment-packed evening in a Brazilian carnival atmosphere. And what’s more, the Reseller Middle East will be giving away a prize for the best dressed personalities in the room.