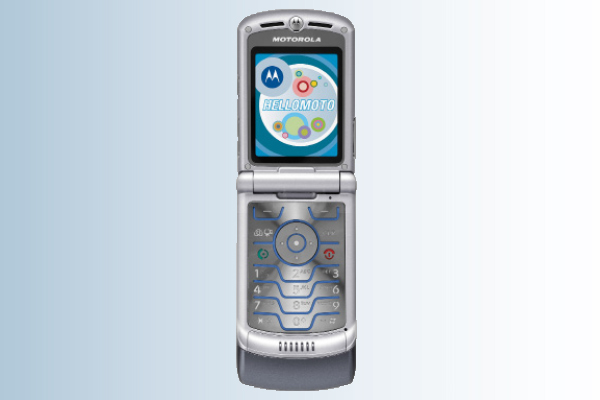 Released in 2004, the Motorola Razr was widely considered to be the start of a new trend in mobile devices – the era of the flip phone.

The Razr promised everything that sci-fi and action movie aficionados could have wanted from a mobile – that slick, nonchalant ending to a do-or-die phone call with a simple snap of the device.

This would all come in the form of a thin, aluminium clamshell profile, with an electroluminescent keypad made out of a single metal wafer, and an industry standard mini USB port for data, battery charger and headphones too boot.

Within two years, the Razr had sold a massive 50 million handsets, albeit via a reduction in price, after the phone had initially been marketed as a high-end product. Big things were on the horizon.

Sadly, this promise was relatively short-lived.

Thinking it was onto a winner, Motorola neglected its duty to move with the market, and beginning its life as a stylish and consumer-friendly product, the clamshell phone design fell victim to touchscreens.

Nonetheless, the Razr V3 retains its place in history, becoming the shining star of the series, shifting over 130 million units in its shelf-life. It featured a 2.2-inch screen and 0.3 megapixel camera, qualities that would soon pale into insignificance with high photo and screen resolution quality.