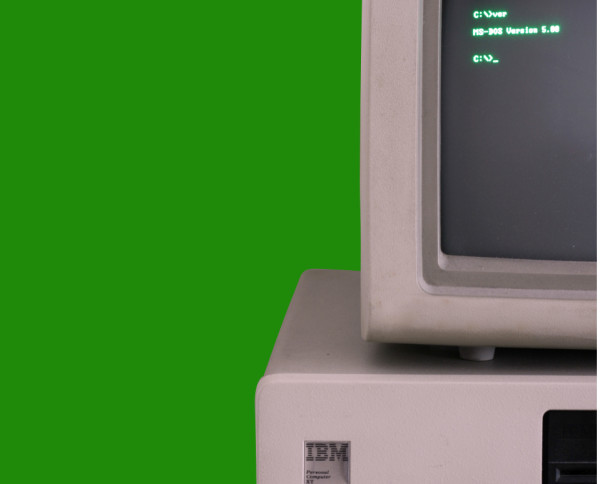 Launched as the main operating system for IBM PCs in 1981, Microsoft Disk Operating System (MS-DOS) set the ball rolling for the foundations on which computer programmes could run.

Beginning its journey as Seattle Computer Products’ 86-DOS, Microsoft hired the OS’s developer Tim Paterson and purchased its 1.10 version of the OS for $75,000.

Having been approached by Big Blue for an OS that could support its PCs, Microsoft renamed the product MS-DOS, and in August 1981, IBM offered it as PC DOS 1.0, as one of three operating systems for its 5150 PC.

MS-DOS was initially targeted at Intel 8086 processors running on computer hardware using floppy disks to store and access application software and user data as well as the operating system.

The release of Windows 95 hailed the decline of MS-DOS. An integrated version of MS-DOS was used for bootstrapping, troubleshooting, and backwards-compatibility with old DOS software, but no longer released as a standalone product.

It would ultimately provide the first in step in Microsoft’s bid to become a world-leader in software, as well as programming languages.

CNME
Previous ArticleMan of the peopleNext ArticleDiving into the data flood