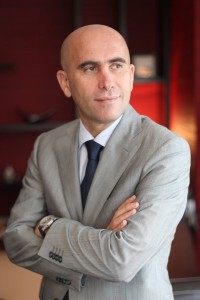 During his decade-long tenure at Avaya, Abou-Ltaif has achieved double-digit growth year-over-year, increased presence from two regional offices to 15 in Middle East and Africa, and grown the regional channel community to more than 1,000 partners. Prior to joining Avaya, he held various sales leadership roles with AT&T and NCR Corporation, his last role being Area Director for the Middle East, East Europe, Russia, Turkey and Africa.

Abou-Ltaif succeeds Michael Bayer who is leaving the company to pursue other interests.

“We’ve been on a path to drive Avaya’s growth and revenue,” said Pierre-Paul Allard, Senior Vice President of Worldwide Sales and President, Global Field Operations. “To support those goals, we created the GGM theatre to better serve our customers and provide them with faster access to executive members. Nidal has established Avaya as one of the top 10 most powerful IT enterprises in the Middle East and, under his leadership, I am confident that we will achieve our ambitions in GGM.”