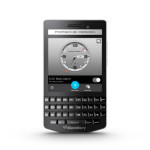 Although over-priced, the smartphone packs impressive features to meet the demands of the luxury user.

The luxury P’9983 smartphone combines the stylish design of the Porsche Design brand with the productivity of Blackberry 10.3 technology. The smartphone comes with a unique PIN number – the only unique feature of the device.

The smartphone is shelled in stainless steel casing with Porsche Design logo and chassis supported by special glass-weave technology. The camera lens is built of sapphire glass which produces better stills than its predecessors via 4 Depth of Field video stabilisation technology.

The first QWERTY Porsche Design smartphone, P’9883 is equipped with Qualcomm Snapdragon 1.5 GHz processor with 64 GB storage, 2GB RAM and an additional MicroSD that supports external memory of up to 128 GB. Weighing approximately 140g, the smartphone cashes on 802.11 GPS capability to support 4G mobile communication. The smartphone’s hardware specs justify the productivity it promises to deliver. Another selling point is the phone’s 2100 mAh fully-charged battery that runs unabated for 48 hours.

A business user can also benefit from the smartphone’s added software functionality visible in the two latest additions, BlackBerry Priority Hub and BlackBerry World, for downloading business and productivity apps. For the casual user, the Amazon app store meets most requirements.

What an existing Blackberry user is likely to struggle with is the incompatibility of the P’9883 with any earlier version of Blackberry OS app for PCs. Transferring data from an earlier generation Blackberry to the P’9883 requires one to follow a protocol. The user has to download a Blackberry Blend app into the computer to link it with the smartphone and enable syncing of content. However, this can be easily worked around and isn’t a big inconvenience.

It is an upmarket device that lets the user’s sense of style justify the phone’s over-priced value. A unique PIN number is proof to the fact that it is a merger of class and functionality suiting the taste of a luxury user. Retailing at twice the price tag of the recently launched iPhone 6, the phone is an over-priced buy in comparison to an iPhone that packs the same features in a handset selling at half the price. It is a poor choice for value for money as a similar phone can be purchased at half the price. The P’9883 can be purchased from any Blackberry store or Porsche Design outlet for a retail price of US$2,000.