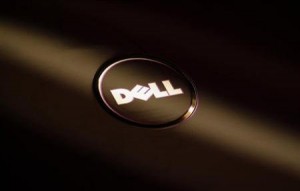 Michael Dell might be celebrating having agreed a buyout for his company, but $24.4 billion leveraged deal has seen a backlash, with one of the company’s largest shareholders, Southeastern Asset Management, planning to oppose the buyout.

In a statement, Southeastern, which beneficially owns on behalf of its clients abut 8.5 percent of Dell’s outstanding shares, said it was disappointed by the proposed deal, which it said “grossly undervalues” the company.

“We write to inform you that we will not vote in favour of the proposed transaction as currently structured. We retain and intend to avail ourselves of all options at our disposal to oppose the proposed transaction, including but not limited to a proxy fight, litigation claims and any available Delaware statutory appraisal rights,” the statement said.

The statement urges Dell’s board to thoroughly review all alternatives in order to get the maximum value for Dell’s public shareholders.

“We would have endorsed a transformative transaction that would have provided full and fair value including a leveraged recapitalisation or a go-private type sale where current shareholders could elect to continue to participate in a new company with a public stub.”

News of the opposition was first reported by Reuters, which also said that Harris Associates LP, Yacktman Asset Management and Pzena Investment Management, which own 3.3 percent of Dell’s stock, also plan to vote against the buyout deal.

Last week, Dell announced to be taken private by its eponymous CEO, and technology-focused private equity firm, Silver Lake. The deal, worth about $US 24.4 billion in cash, will rank as one of the largest buyouts since the financial crisis.