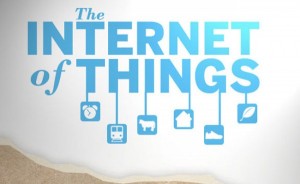 Computer scientists at the University of Glasgow are helping to develop an internet search engine that uses sensors located in the physical world to provide answers to search queries.

By collating data from sensors such as cameras and microphones, and cross-referencing it with results from social networks such as Twitter, users will be able to receive detailed responses to questions such as ‘What part of the city hosts live music events that my friends have been to recently?’ and ‘How busy is the city centre?’

The European-funded project, known as SMART (Search engine for MultimediA Environment geneRated content), will be built on an open-source search engine technology known as Terrier that the university has been developing since 2004.

“SMART builds upon the existing concept of ‘smart cities’, physical spaces which are covered in an array of intelligent sensors which communicate with each other and can be searched for information,” said Dr Iadh Ounis, of the University of Glasgow’s School of Computing Science.

“The search results sourced from these smart cities can be reused across multiple applications, making the system more effective.”

The team from Glasgow University hopes the SMART project will be ready for testing in a real city by 2014.

The news comes as the UK government launches a competition to encourage local authorities to turn their cities into “smart cities” by integrating transport, communications and other city infrastructure, for the chance to win £24 million of government investment.

The Future Cities Demonstrator programme, run by the Technology Strategy Board (TSB), aims to kickstart the market for integrated city systems, which is estimated to be worth £200 billion a year by 2030.